Sharks continue their form in the wake of ASADA probe.

The Cronulla Sharks are inside the NRL top eight for the first time in five weeks, after holding on for a 30-20 win against the Canberra Raiders at Toyota Stadium.

After a fast start to the season the talent-laden Sharks were derailed by the Australia Sports Anti-Doping Authority probe into practices at the club.

Senior players spoke about the mental strain it was causing players and their results on the field reflected that, as they lost several games in a row.

But now the Sharks are the owners of a three-game winning streak and the seventh place on the ladder. 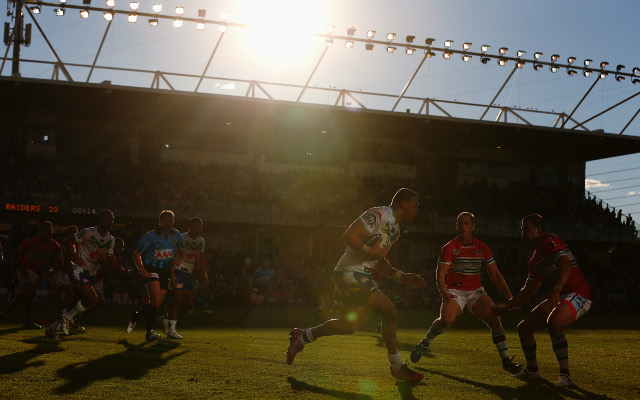 Canberra showed plenty of fight in the loss with a double to Anthony Milford a highlight, with the utility player nearly getting them across the line.

But a try to prop Andrew Fifita in the 70th minute was the final nail in the coffin for the Raiders, who again rued a slow start to a game.

A try each to Jonathan Wright and Ben Ross saw the Sharks skip out to a 12-0 lead after just 17 minutes before the away side hit back through Milford’s first of the afternoon. 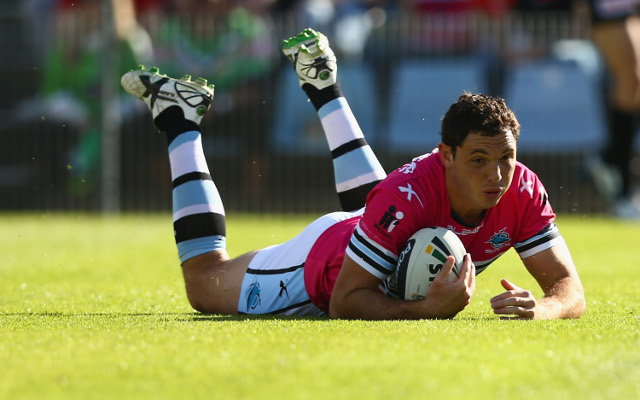 Cronulla re-established its 12-point buffer when hooker Issac De Gois crossed for his first try of the season as the home side led 18-6 at the break.

The comeback looked on for the Raiders as Jack Wighton and Milford helped close to gap to just four, before Fifita’s four try of the year sealed the win.

Cronulla’s pack muscled up and beat the Raiders at their own game, despite them missing skipper Paul Gallen and Luke Lewis through injury.

And the visitors suffered further setbacks through first half injuries to Josh McCrone (side strain) and Shaun Fensom (eye), neither of whom returned.