However, some Brazil fans have gone way too far with their attacks on the 28-year-old via social media.

Zuniga kneed Neymar in the back during Brazil’s 2-1 win in Fortaleza – an action that damaged the Barcelona man’s spine and ruled him out of the remainder of the tournament.

While their frustration is understandable, there is no excuse for the reaction of some Twitter users, who racially abused Zuniga by calling him a Macaco, which is Portuguese for Monkey.

Zuniga was even tagged in death threats.

See some of the offensive messages below. 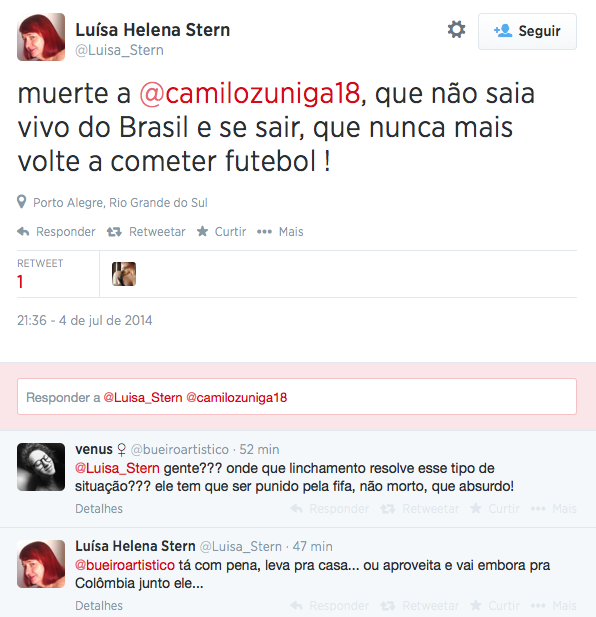 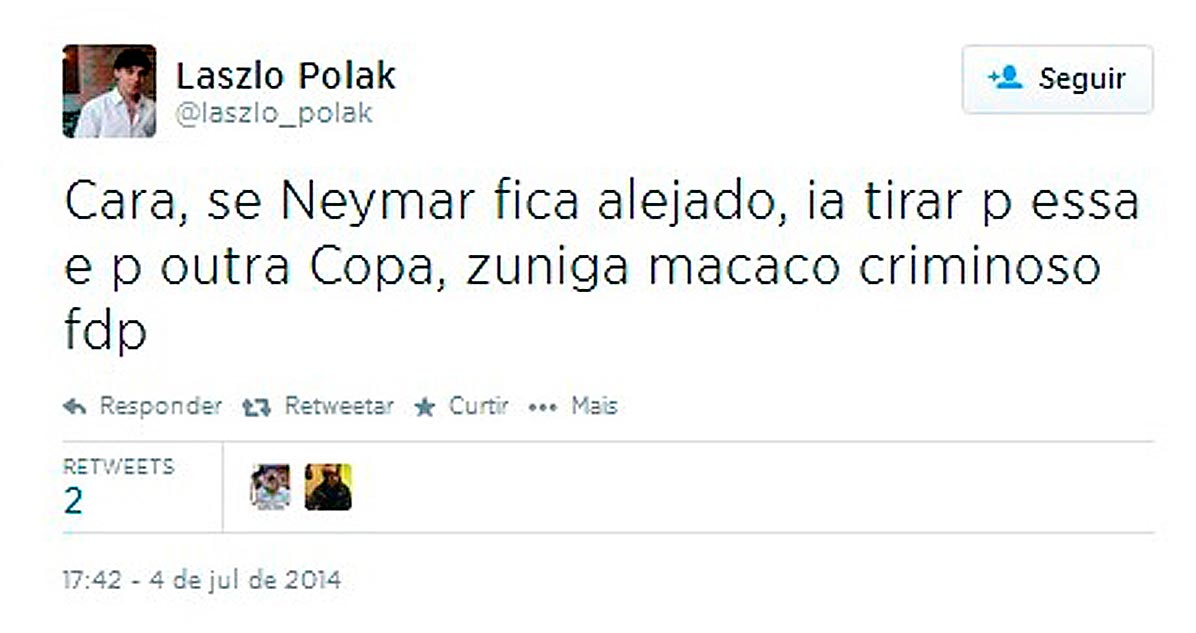 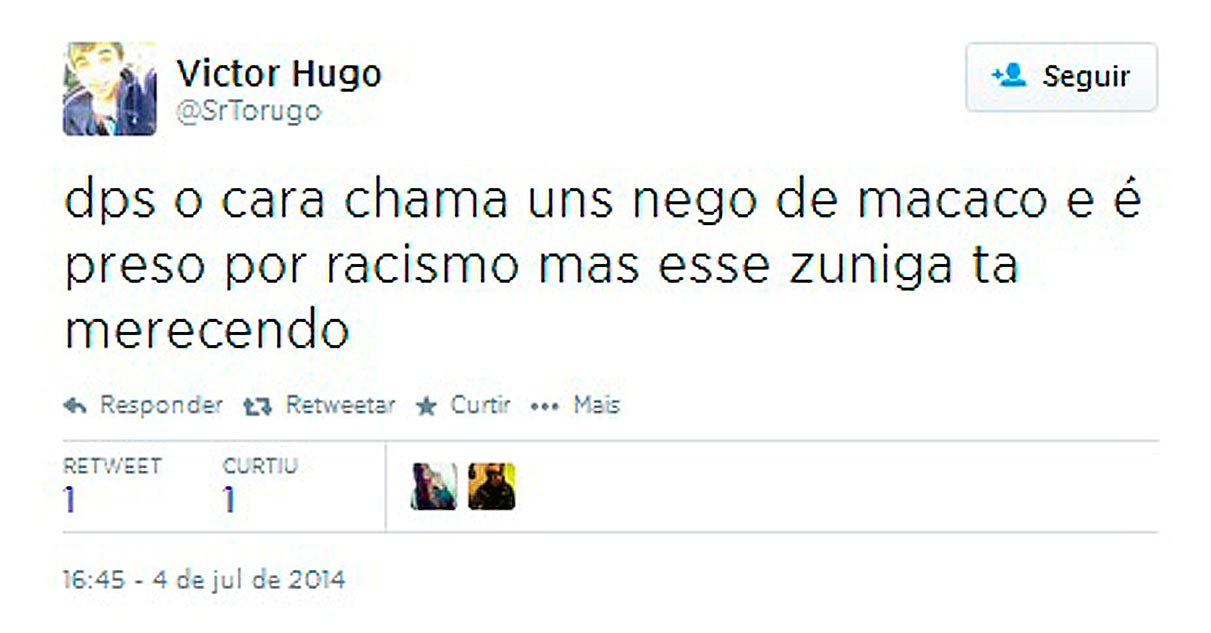 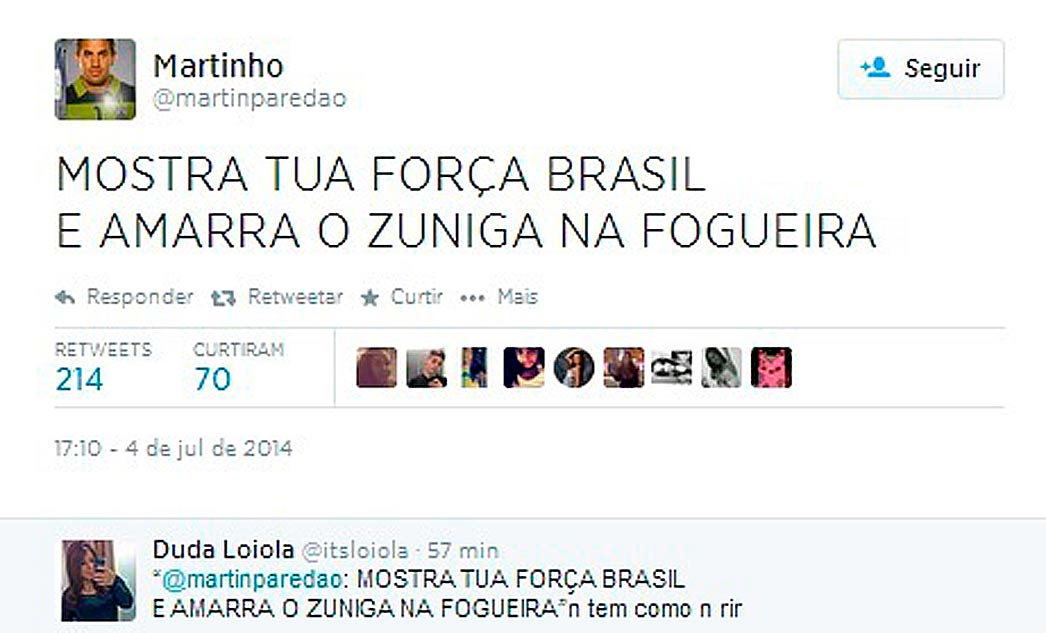