Ben Barba has been stood down from active duties following an announcement that he has broken the club’s code of conduct and is battling ‘behavioural issues’.

Barba has been removed as the upcoming ‘face of the NRL’ and suspended from play indefinitely due to ‘a number of issues in his personal life and some of these have resulted in breaches in the club’s code of conduct’, according to Greenburg.

The personal issues mentioned have been confirmed to be the breakdown of Barba’s long term relationship with childhood sweetheart and mother of his two children, Ainslie Currie.

Greenburg defended the clubs actions in suspending Barba from club duties stating that for the club Barba’s health was more important.

‘Ben needs help, he needs professional help. Ben has a number of underlying issues that are very difficult to confront. We have made a conscious decision to move Ben out of the spotlight and move him out of football’.

The breaches of the club’s code of conduct have not been revealed however Greenburg has said that the breaches in question are not police matters and are being dealt with by the club.

Barba was to appear as the face of the NRL for the 2013 season but will be replaced by Cowboys star and fan favourite Jonathan Thurston. Thurston will join singer Jessica Mauboy who is the voice behind the NRL’s new anthem for the season launch on Wednesday. 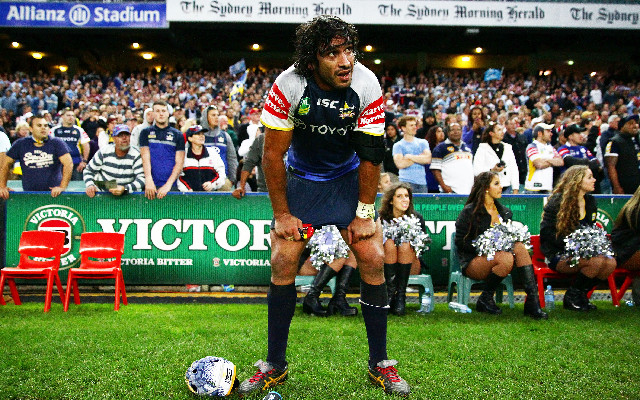