The Canterbury Bulldogs scored 18 unanswered points to help secure their fourth win of the NRL season, coming over the top of New Zealand at Wellington 24-16.

Down 16-0 at one stage the Bulldogs were misfiring in attack and were unable to create significant pressure on the hosts in their red-zone.

But when the Warriors failed to go on with the job in the second half, the Bulldogs forward laid the platform for the remarkable come-from-behind victory.

Bulldogs skipper Michael Ennis said the side is still not at its best, but added it was a big morale boost to earn the type of victory his side did.

“We we were off the pace to begin the game, we asked the boys to dig deep and show some fight and the way we went into the half was great and the way we started the second half was excellent as well,” Ennis said

“It was a tough road trip to come over here and get any win is a good result, especially because the Warriors have been going pretty well in the last couple of weeks.” 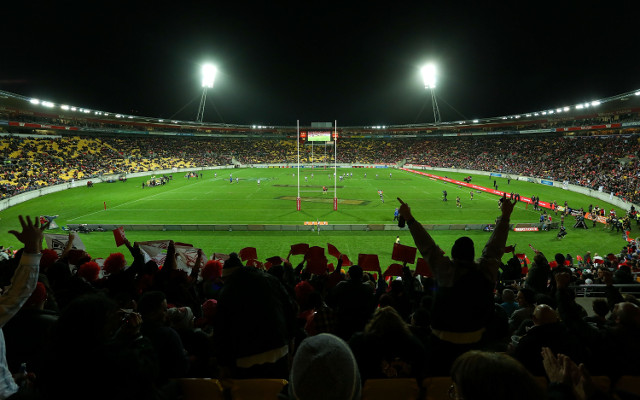 New Zealand opened the scoring through Manu Vatuvei, after a grubber kick that ricocheted off the Bulldogs defensive line was cleaned up Glen Fisiiahi.

Canterbury scored a penalty late in the tackle count and earned two restarted tackle counts but the Warriors hung on well.

Sam Kasiano and Tony Williams started to cause the Warriors’ defence headaches on left edge, but again the improved defence by the Warriors kept largely kept them in check.

However, the Bulldogs’ completion rate started to dip after an excellent start to the game as their discipline went out the window with four penalties given away in less than five minutes.

And off the back of the glut of possession inside the Bulldogs’ danger zone, Russell Packer found Thomas Leuleui to crash over to make it 10-0.

Amazingly the Warriors had only scored one first half try in the opening month of the competition, but showed a renewed sense of spark in attack against the Bulldogs.

Feleti Mateo again showing the kind of attacking power that makes him an X-factor against almost any side, after having a slow start to the season.

Jacob Lillyman second knock on in three carries placed the Warriors under the most pressure
they had faced through the first half an hour.

However, New Zealand’s scrambling defence inside their own 20 metre area was excellent in the first half as they further frustrated the visitors

Fisiiahi scored the Warriors third of the first half, off the back of a suspect pass by Vatuvei to make the lead 16.

The Bulldogs finally crossed the line when Pritchard off-loaded to skipper Michael Ennis, who scooted around under the posts to make it 16-6 at half-time. 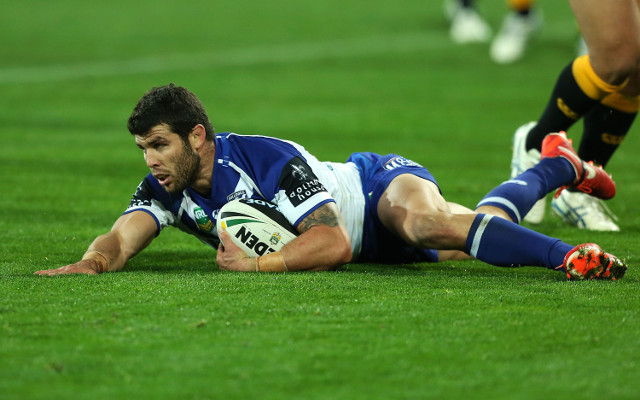 Canterbury eventually converted the pressure int points to start the second half, as the Warriors ran out of defensive numbers out wide as Sam Perrett cruised across the line.

Trent Hodgkinson added the extras to make it 16-12 and the Warriors’ inability to finish off games was coming back to haunt them.

The Bulldogs started to crank up the pressure on the Warriors through second-phase play, with their massive pack able to get their arms free at will.

New Zealand were content to shut up shop with 10 minutes left, with only the Bulldogs inability to maintain possession halting them from building further pressure.

Off the back of a line drop-out Canterbury crossed rather simply out-wide through Ben Barba, with the normally watertight defence by the Warriors splitting open.

Hodgkinson kept his cool and slotted the conversion from the sideline to give his side the lead for the first time, with just five minutes remaining.

Canterbury sealed the game when Josh Reynolds raced 60 metres after a spilt ball  to give his side the big come-from-behind win.

The victory is Canterbury’s fourth for the season and third in a row and places them just outside the top eight in the middle of the round.

While the loss for the Warriors take their tally to seven for the season as they continue to stay rooted to near the bottom of the ladder with just for-and-against separating them and the Wests Tigers.