The massive Canterbury Bulldogs pack got bigger for their clash with the Melbourne Storm with Sam Kasiano (hamstring) and Greg Eastwood (knee) returning from injury.

Josh Morris is replaced at centre by Timoteo Lafai, while Joel Romelo fills in for Josh Reynolds at five-eighth. although Tim Browne and Martin Taupau have been named as cover. J

James Graham has been dropped to the bench, but that shouldn’t affect his work-load too much as he will come in to give Aidan Tolman a break after 20 minutes and likely to play out the rest of the game.

Billy Slater, Cooper Cronk, Cameron Smith (Queensland) and Ryan Hoffman (NSW) are all out for the Storm due to rep duty.

Ben Hampton, Mitch Garbutt, Slade Griffin and Jordan McLean come into the side which will again put a strain on the remaining stars in the Storm side.

However, Tohu Harris  has been a surprise this year and has added plenty of spark to the Storm attack.

Justin O’Neill will fill in for Slater at fullback, Mahe Fonua gets a run on the wing while Will Chambers and Maurice Blair will again be a dangerous combination out wide for the men in purple. 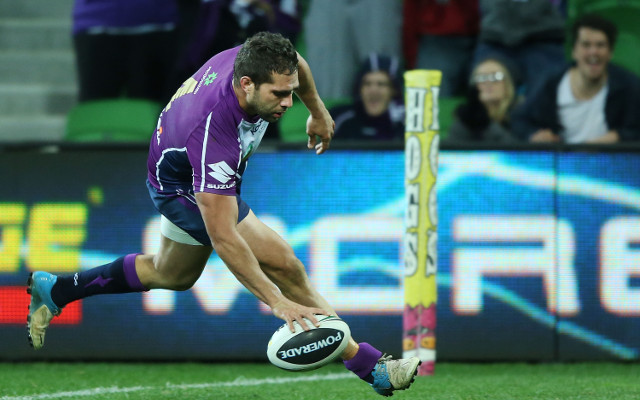 Others unavailable: David Klemmer (knee, round 22)