North Queensland no match for ACT-based side and their impressive record at home.

They might be struggling for wins on the road this NRL season but the Canberra Raiders are still in the hunt for a top eight place thanks to their home record.

Canberra made it an incredible 11 wins in-a-row as they defeated the North Queensland Cowboys 26-18.

Rising star Anthony Milford celebrated his first run-on start with Canberra by late in the game to cap off the home side’s excellent first half performance. 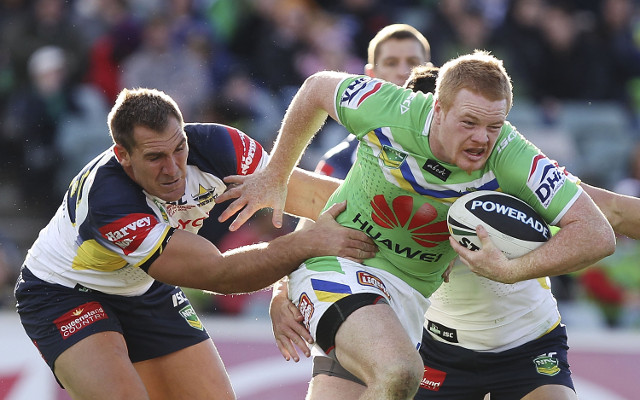 The Raiders scored three times in the first 40 minutes before doing enough to hang on for victory despite the Cowboys launching a comeback after half-tine.

Canberra’s forwards paved the way for the rest of their side to score in the first half, with the Cowboys’ line-speed not good enough to stop the Raiders getting over the advantage line.

First half tries to Josh McCrone, Josh Papalii and Sami Sauiluma gave the Raiders a handy 18-0 lead at the break. 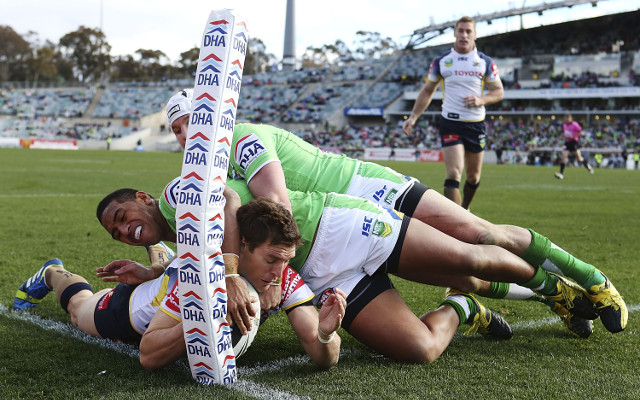 Jonathan Thurston made up for his lackluster first half by opening his side’s account in the 49th minute as he converted his own effort to make the score 18-6.

But after a penalty by Jarrod Croker made the margin 14 the home side switched off as the Cowboys mounted a comeback.

Tries to Robert Lui and Antonio Winterstein for North Queensland was countered by Milford’s try as the Raiders picked up an important two points.

After winning two on the trot, the Cowboys continued to string together a big enough winning streak to see them mentioned as a finals contender as they find themselves in 12th.

The Cowboys will get a chance to get back on track when they host Manly next weekend while the Raiders will have the week off due to the bye.