Canberra winger Edrick Lee secured a double in the Raiders 20-16 come from behind victory over the Warriors at Canberra Stadium.

Sandor Earl opened the scoring for the home side however Jarrod Croker was unable to convert.

The Warriors hit back shortly after through Manu Vatuvei but Shaun Johnson’s attempted conversion hit the upright and scores stayed tied. 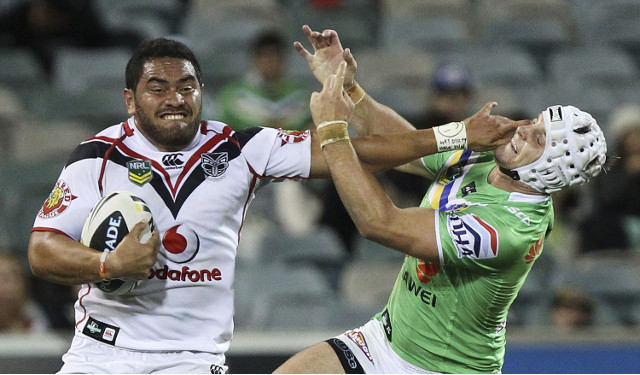 Warriors centre Dane Nielsen was taken off after 17 minutes following a heavy shot which saw his head jolt back.

Vatuvei bagged his second in the 24th minute and Johnson converted for a six point lead, 14-4 at halftime, Ben Henry crossed for the Warriors to go ahead by two converted tries.

Edrick Lee crossed to reduce the margin 16-8 after 53 minutes.

Shaun Fensom was at his usual workmanlike best for the Raiders in racking up 20 hit-ups for 145 metres with 40 tackles while Josh Papalli was also impressive in securing 11 runs for 134 metres with 19 tackles and two off-loads. 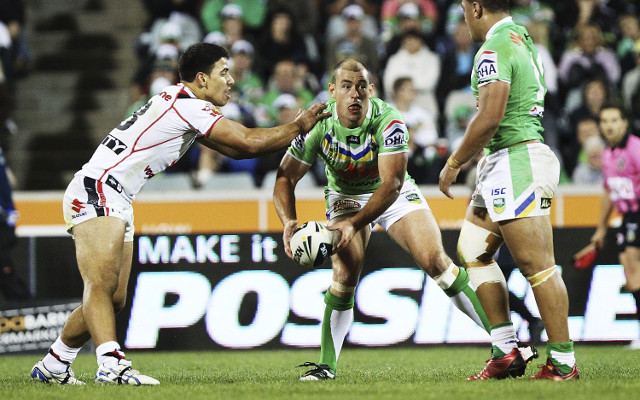 Canberra, who have now won their last two in a row will face North Queensland to continue their rise into the top eight.

The win by the Raiders was soured by the possible serious injuries to David Shillington who picked up a rib complaint while Sandor Earl could also be out for next week’s game.

New Zealand could be facing the prospect of their season being all but over before the mid-way point, as the 1-5 Warriors play Melbourne, North Queensland and Canterbury in the next three weeks.