It was the right boot of Prince which proved the difference between the sides as he landed a clutch sideline conversion with five minutes left in the game to give his side a 18-16 win.

The loss for the Cowboys means they are all but out of the finals race this season, as they need to win their last six games, a task that appears beyond the current side. 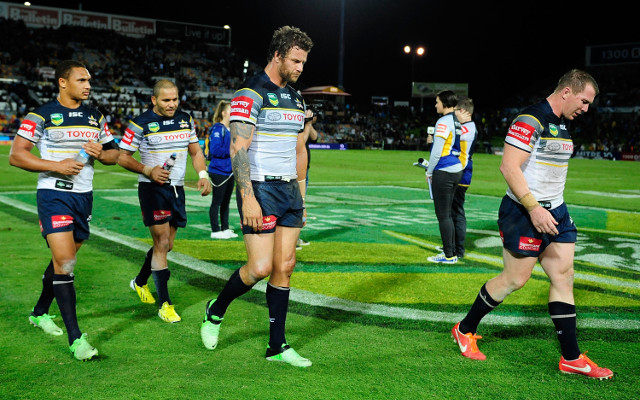 Prince put behind him one of the toughest weeks in his 14-year career after hearing he is not in the Broncos’ thoughts for rebuilding the side from next year forward.

And at 33, that call might spell an end to Prince’s career, but it appears he will go down swinging.

Trailing 16-12 with six minutes to play, Broncos centre Justin Hodges produced a trademark dummy-half snipe to level the scores and hand Prince his shot at glory.

The former Origin playmaker duly delivered, nailing the conversion from a tricky position to break the hearts of his former club.

The Broncos deserved victory. They bolted to a 12-0 lead inside 14 minutes following tries to Ben Hunt and Corey Oates and looked in control as they went to the sheds with a 12-4 advantage.

The Cowboys surged to a 16-12 lead after the break with tries to Gavin Cooper (52nd) and Matt Bowen (58th), but Hodges produced some solo magic to save the Broncos.