Questions are being asked of Chelsea and Jose Mourinho following their poor start to the season.

According to the new FIFA 16 ratings, this is the lineup that the Blues should chose to turn things around.

Chelsea have a strong goalkeeping unit, with Asmir Begovic (82) back-up to Courtois (86). Interestingly, the Belgian is rated one higher than former Blues goalkeeper Petr Cech, who is 85 on this edition. 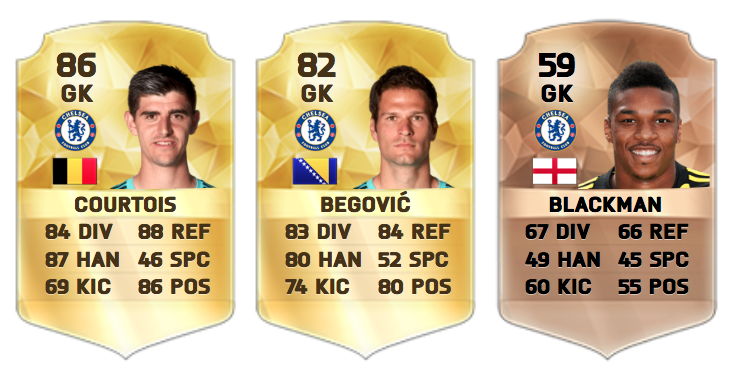