There have been suggestions that Terry is on the way down after his shaky start to the season, but FIFA still deem him Chelsea’s best defender with an 85 rating, two better than Cahill’s 83.

Mourinho has introduced Kurt Zouma to the side recently and, although the Frenchman’s 77 is a way behind his teammates, his 73 pace is over twice as high as Terry’s rating in the same category.

It was widely accepted that the champions had the best pair of full-backs in the Premier League last season, and Azpilicueta and Ivanovic are rated accordingly at 82 and 80 respectively.

Some virtual managers may be tempted to play summer signing Baba Rahman at left-back. The Ghana international has an overall rating of 79, but outstanding pace attributes with 86. 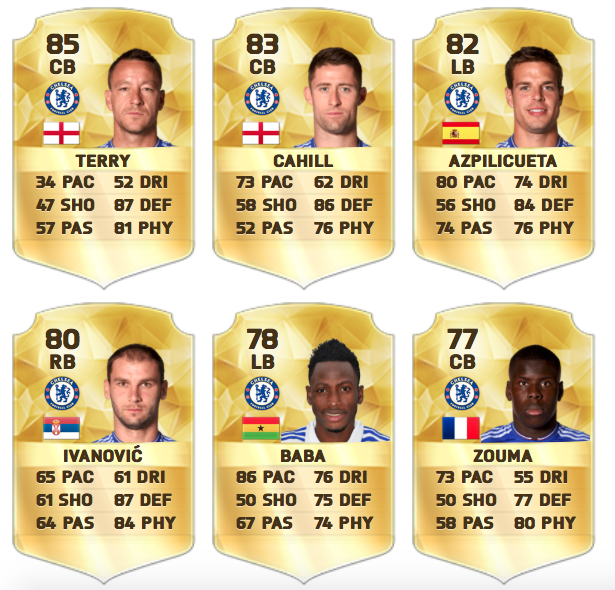