AFL club lashes out at broadcasters for airing sensitive footage.

The Adelaide Crows have slammed the decision by broadcasters to show unedited footage of interchange player Ricky Henderson with his shorts opened in the team’s change-room.

Players and officials from the club will gather to see what course of action they will take regarding the matter, with legal action not being ruled out.

Senior player Patrick Dangerfield said the decision by Fox Footy to show the footage crossed a line of players’ privacy.

“The broadcasters have a responsibility to respect the players’ privacy. It’s disappointing,” Dangerfield said.

The club is seeking an apology from the broadcaster and assurances the footage will not be used again to highlight the case.

The incident occurred when Henderson walked back into the Crows’ change-room at half-time and pulled down the front of his shorts partially to check on a possible groin injury.;

Henderson was directly facing a camera mounted in the corner of the room and was clearly exposed for the audience to see.

The incident soon went viral and Henderson’s Twitter account received hundreds of messages, adding to his embarrassment further according to the club.

“He should have been joining his teammates celebrating a good win against the Lions; instead he was locked away in his room.

“We are quite angry that people chose to put the original footage in other forums, particularly social media.”

Cameras have been used in AFL change rooms for around 10 years as a way of bringing fans closer to the action, particular at half-time when coaches address their players.

Adelaide officials said they thought footage from inside the change rooms was on a delay, thus avoiding a possible embarrassment to any player. 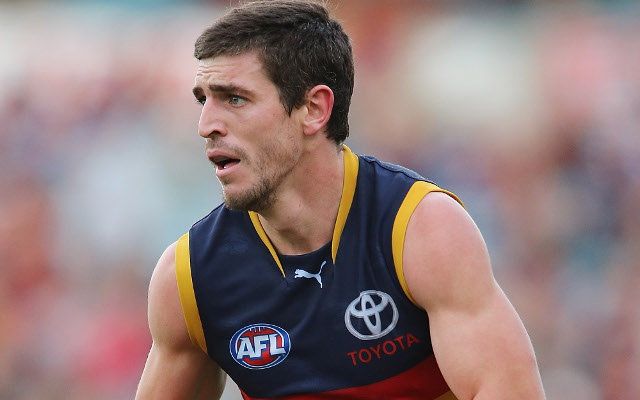