An early season blow for the club is confirmed after scans.

Adelaide utility Ricky Henderson will miss most of the AFL season after fracturing his ankle at Monday training.

Henderson will need surgery to have a plate put in his left ankle.

“Medical experts are hopeful that he will be available for selection late in the season,” the Crows said in a statement.

The 25-year-old was taking part in a training session for players who were not involved in Sunday’s pre-season win over Port Adelaide.

Henderson suffered the injury when he was tackled late in the workout.

“The boys are devastated for Rick. He’s a popular guy around the Club and an important player for us.”

“Hendo’s devastated – he’s had a terrific pre-season campaign and through a training accident his season is on hold,” Crows list manager David Noble said earlier on Monday.

Henderson has played 56 games for Adelaide since his 2010 senior debut. 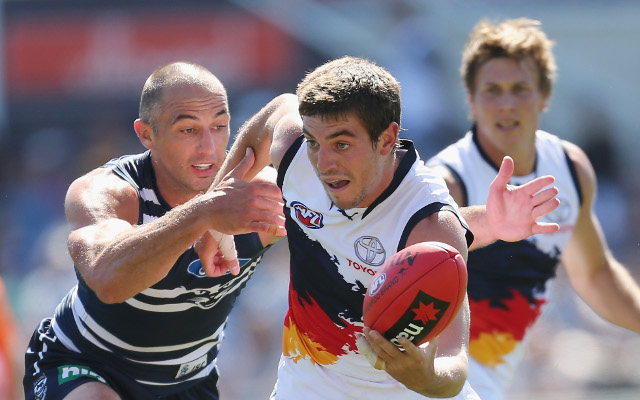