Chelsea have not started their Premier League title defence as they would have hoped.

The Blues have collected just four points from their opening five games and are already 11 points behind Manchester City at the top of the table.

Steven Naismith’s hat-trick for Everton on Saturday inflicted on Chelsea their third defeat of the season – as many as they suffered throughout the whole of last term.

Is it time for a rethink? Here are five alternative lineups that Jose Mourinho may want to consider in order to get the Londoners back to their best… 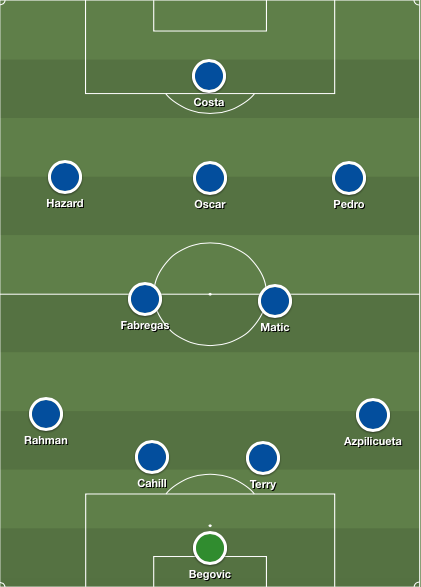 Having the best defence in the Premier League last season was key to Chelsea’s title triumph, but they have already conceded 12 goals in five games this campaign – more than any other top-flight side.

Their whole back line must take responsibility, but Branislav Ivanovic’s form has dipped the most dramatically and the Serbian, Chelsea’s new vice-captain, could benefit from some time out of the side.

Summer signing Baba Rahman is waiting in the wings for his chance and Cesar Azpilicueta is as adept on the right side as he is the left. This would also give the centre-backs more pace on the cover.