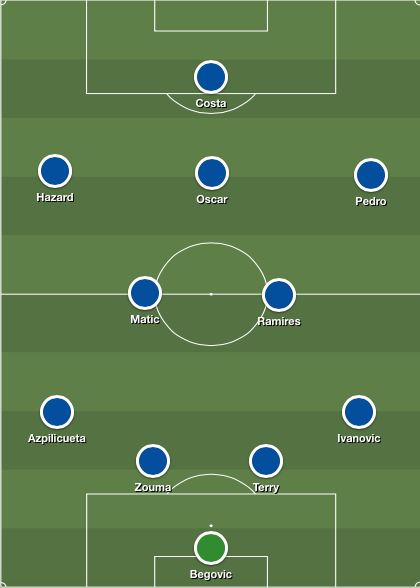 Ivanovic should not be the only scapegoat for Chelsea’s poor early-season form. Fellow defenders Gary Cahill and John Terry could both just as easily be dropped to give Kurt Zouma a prolonged run.

One of Chelsea’s biggest disappointments this season has been Cesc Fabregas’s inability to both get around the park and influence games. Ramires brings with him more energy and defensive awareness.