In-form pitcher becomes the talk of the MLB.

Japanese pitcher Yu Darvish matched his major league career high with 14 strikeouts Thursday to lead the Texas Rangers to a 7-1 win over Arizona.

Darvish, who also struck out 14 Diamondbacks on May 27, gave up five singles and didn’t surrender a walk in seven scoreless innings.

In three starts since coming off the disabled list he has allowed just one run.

“He was just outstanding tonight. Everything he threw up there, they just couldn’t get on,” said Rangers manager Ron Washington, whose 580th career win as a manager put him one short of matching Bobby Valentine for most in club history.

Darvish has struck out 14 batters four times this year.

“I feel like when he goes out there he’s looking to strike 10-plus out every night,” Arizona outfielder Adam Eaton said of Darvish. “He has the stuff to do it.”

The Rangers smacked solo home runs in three consecutive innings off Arizona rookie Zeke Spruill, who was tagged for five runs and seven hits in four innings in his first major league start. 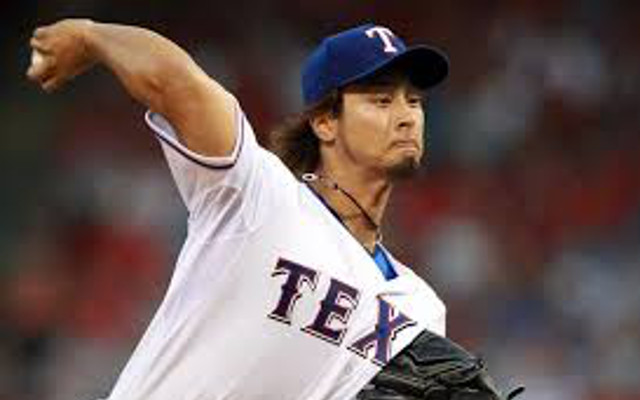