A move for Youri Tielemens might make up for Arsenal’s slow approach to the summer transfer window.

After seeing Man United’s Anthony Martial make a breathtaking debut this past week, Arsenal have decided to pursue their own wonderkid target in the next transfer window.

According to talkSPORT, Arsenal are heavy favorites to complete a transfer for Anderlecht midfielder Youri Tielemens in the January transfer window. TalkSPORT has the 18-year-old Belgian rated at £14 million.

Tielemens has been a serious scoring threat for the Belgian Pro League outfit since joining the club as a 16-year-old back in 2013.  In 74 league appearances he has 10 goals, as well as 13 total goals in 93 total appearances.

Since Youri Tielemens joined the club in 2013, Anderlecht have won a Belgian Pro League title and two Belgian Super Cup titles. Tielemens also made history by becoming the youngest player to make a Champions League appearance at just 16 years and 148 days. 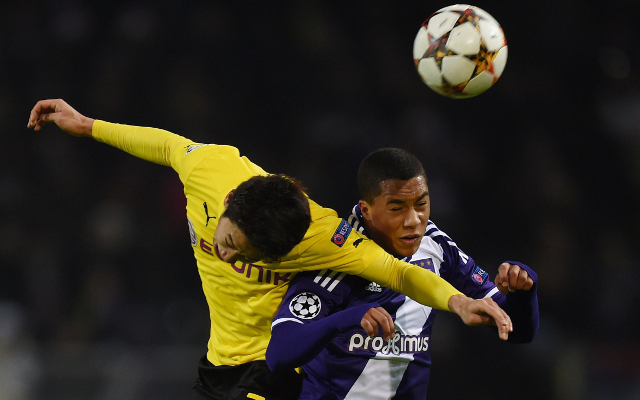