One of the biggest WWE vs. WCW matchups in history will take place at Wrestlemania XXXI after Sting threw down the gauntlet to Triple H at Fastlane.

After enduring taunts from Triple H about how The Game helped take down WCW with his dominance in WWE, The Cerebral Assassin tried to put the animosity aside by offering to make Sting a part of WWE and even offered him a chance at entering the coveted WWE Hall of Fame.

The Icon would have none of it, though, standing tall in Triple H’s face, symbolizing his rejection of the deal. Triple H promptly struck Sting with a cheap shot, knocking The Franchise to the ground and stomping on him on the ground, leaving him writhing in the ring. The Game went outside the ring to pick up his equalizer: A sledgehammer.

But Sting was ready back in the ring with an equalizer of his own: His signature baseball bat. With the weapon in hand, he pushed Triple H to the corner, forcing The Game into the corner and dropping his sledgehammer. Sting then pointed at the Wrestlemania sign – signaling what everyone in Memphis and around the world wanted: A match between Sting and Triple H at Wrestlemania XXXI.

Triple H tried one last cheap shot at Sting, but Stinger was ready for it, striking him with the bat and knocking him out with the Scorpion Death Drop.

The match is on. 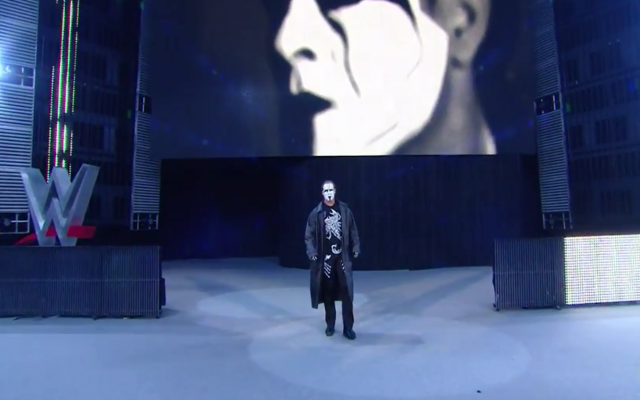 WWE Fastlane preview: Who will Sting face at Wrestlemania?!