fanatix | Exclude from NewsNow | WWE Fastlane preview: Who will Sting face at Wrestlemania?!
The Icon Sting is one step closer to his much anticipated in-ring wrestling debut which we all know will be at Wrestlemania.

WWE’s new pay-per-View Fastlane makes its debut this Sunday and for the first time in wrestling history the Icon Sting will make his much anticipated first speech to the WWE universe.

In thirty years of wrestling in WCW, NWA and TNA, there was one person of such immeasurable popularity who never the WWE never got their hands on during their ascent after the Monday Night Wars: Sting. The six-time World Champion in WCW and NWA put not one, but two wrestling promotions on his back for the better part of twenty years, but unlike many of his fellow WCW stars such as Raven, Diamond Dallas Page, Goldberg and the nWo, Sting never succumbed to the temptation to join the company that killed WCW.

Now that he’s finally joined WWE there is only one question burning in the minds of fans: Who will the Icon face at Wrestlemania?

As much as people would like it, it won’t be The Undertaker – perhaps Sting’s equal both as an outlaw performer and as an in-ring competitior – because Undertaker is currently poised for a matchup with Bray Wyatt in what will likely be the Deadman’s shot at redemption after having his Wrestlemania streak broken by Brock Lesnar last year.

No, instead it will likely be one of two members of The Authority: Seth Rollins or WWE’s very own COO Triple H.

The setup has been perfect: Sting has been interfering in Triple H and The Authority’s plans since making his debut at Survivor Series this past November, and interfered again in January to save the jobs of several fired wrestlers.

It has become almost a guarantee that Triple H will face Sting in a matchup of two of wrestling’s biggest stars in the Attitude Era, but don’t count out Seth Rollins. The former SHIELD member and Money in the Bank contract holder is the fastest rising star in WWE and it would be an interesting contrast to see WCW’s past face off against WWE’s future.

Regardless, the announcement will likely fill the world with anticipation when Sting makes his in-ring announcement at Fastlane.

Here are the match previews for WWE Fastlane:

1. Goldust vs. Stardust in Singles match

The Rhodes brothers finally made their much-expected split, with Stardust disrespecting his father Dusty Rhodes and betraying his brother Goldust on Monday Night RAW.

Prediction: Stardust wins. Whether or not Stardust returns to his Cody Rhodes persona remains to be see, but he is a much better wrestler than Goldust – past, present and future.

The two Divas have been feuding for a while in an attempt to boost rating for the show Total Divas. Yet another boring Divas match with a very predictable outcome.

Prediction: Nikki Bella retains Divas Championship. With Brie Bella in her corner Nikki will easily use both her superior size and trickery to pull a fast one on the star British diva.

The Lunatic Fringe has made things extremely interesting for the WWE while extremely frustrating for Intercontinental Champion Wade Barrett. By fully embracing his madman persona, entertaining fans while staying at the top of the talent pool by easily dispatching the fodder while staying competitive against the other top talents. Wade Barrett has predictably been trying to keep away from Ambrose but was unable to escape his craftiness and will now put his title on the line.

Prediction: Ambrose wins the Intercontinental Championship. Simply put, Ambrose has become a better wrestler than Barrett, and with none of the major storylines set up yet, sending Ambrose to Wrestlemania as champion would make things much more interesting.

Ever since Survivor Series, The Authority has done everything possible to keep Ziggler, Rowan and Ryback down, whether it’s with special matches, firing or beatdowns after matches. With Wrestlemania just around the corner it will be interesting to see what kind of storyline develops between these two groups of talented competitors.

Prediction: The Authority wins. With Rollins leading the charge and continuing his dominance he should be able to easily dispatch the former Team Cena members with his usual bag of tricks and Kane and Big Show providing the muscle.

Few wrestlers have been as quietly dominant as the “Hero of the Russian Federation” known as Rusev. Together with his manager Lana, he has remained undefeated in WWE since making his debut a year ago. But now he faces his greatest challenge ever in the form of the WWE’s ultimate face: John Cena. Cena has been completely and utterly neutered since being wrecked on multiple occasions by Brock Lesnar and for the first time in eight years he is in a title match that isn’t for a World title. It will be a sight to see the kind of resolve Cena displays when he’s fighting for the lesser prize for once.

Prediction: Rusev retains United States Championship via Disqualification. Rusev isn’t ready to give up the United States title he’s held with an iron fist for what seems like forever now. And he certainly isn’t going to give it up to a babyface like John Cena without a major stipulation change. Rusev will in all likelihood bring out a chair or a table and set Cena up for a rematch at Wrestlemania with bigger stakes and better stipulations.

6. The Usos (C) vs. Tyson Kidd and Cesaro in Tag Team match for Tag Team Championship

Prediction: The Usos retain Tag Team Championship. Will the real contender for the Tag Team titles please stand up? Oh? The Ascension? See you at Wrestlemania.

It took about five seconds after the Royal Rumble was over for WWE to realize their mistake by making Roman Reigns the No. 1 contender for the WWE World Heavyweight Champion and not Daniel Bryan. Luckily, WWE writing was quick to rectify the situation by basically disqualifying Roman Reigns’ Royal Rumble win and making Daniel Bryan a contender again (a la last year with Batista). WWE will not be able to force Roman Reigns down the fans’ throats so they this is the match they had to make and it has the outcome we all expect to see.

Prediction: Daniel Bryan wins. Though WWE whiffed on the chance to get fans excited for Wrestlemania by having Roman Reigns win, they will quickly correct their mistake by giving the win to Daniel Bryan and keeping the interest of the fans. That’s not to say that Roman Reigns won’t go to Wrestlemania at all, simply that Bryan will be part of the equation as well. 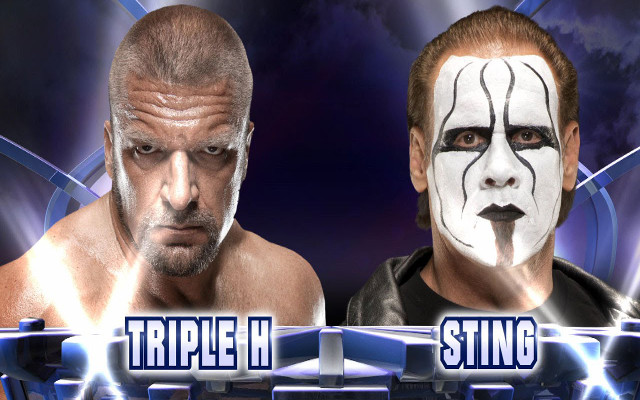