Someone has some explaining to do…

New Carlton player Blaine Boekhorst may have some explaining to do when he turns up to Princes Park for his first day.

The 21-year-old from Swan Districts was taken at pick 19 by the Blues on Thursday, but it was his tweet during Carlton’s 34-point loss to Collingwood in May that has caught the attention of most. 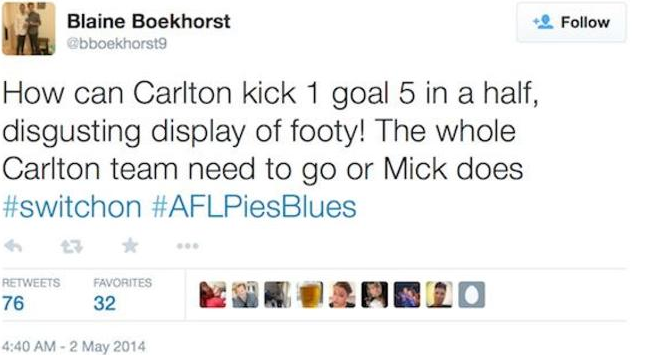 Upon being drafted by the Blues, Boekhorst was keen to do some repair work.

Ecstatic to be joining the @CarltonFC . Love seeing them succeed and hate seeing the downside! Always followed them closely!