Battle of the AFL cellar-dwellers goes to the way of the experienced side – just.

The Western Bulldogs trailed at the end of every quarter until the one that mattered as they secured a gritty four-point win over the Greater Western Sydney Giants at Mankua Oval.

The pivotal moment came in the final quarter when Liam Jones and Daniel Giansiracusa kicked two quick goals for the Bulldogs to give them the biggest lead for either side in the final term.

The Bulldogs finished strong for the second consecutive week, the Giants leading them by less than two points at each break in a game where the lead changed seven times.

Controversy almost erupted at the first break when the siren at Manuka Oval sounded three minutes late due to a technical issue.

Bulldogs forward Liam Jones leaped on top of the shoulders of Lachie Whitfield to take a sensational grab in front of goal on the delayed siren, but the second umpire over-ruled the mark and the two teams entered the second quarter scoreless during the extra period.

A low scoring second quarter saw the Giants cling onto their deserved one-point lead, the teams delayed heading into the break for a second time when a large scuffle was ignited by Taylor Adams and Cooney.

It was just the third time the Giants have led at half-time this season.

The Bulldogs play Essendon at Etihad Stadium on July 14, while the Giants clash against hometown rivals Sydney at the SCG earlier the same day. 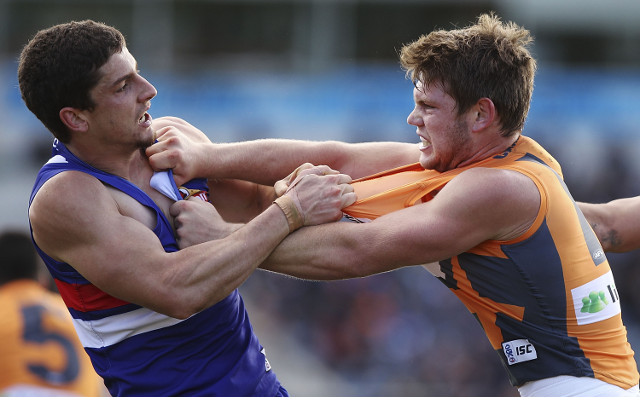 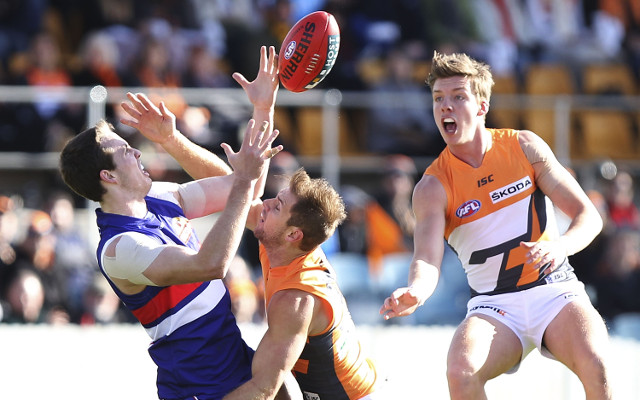 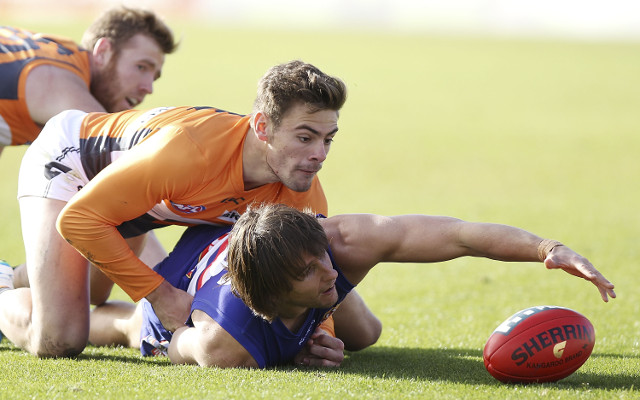