Middleweight star shows he is already on the road to recovery.

Showing he is not slowing down and intends on being in the main event at UFC 175, Chris Weidman showed he will be back training fully before too long.

After dropping out of his scheduled middleweight title defence against Lyoto Machida, Weidman went under the knife on both of his knees.

But this video from his official Instagram account shows that fans of his and the UFC should not fear as he will be right to fight on one of the biggest cards of the year on the July long-weekend. 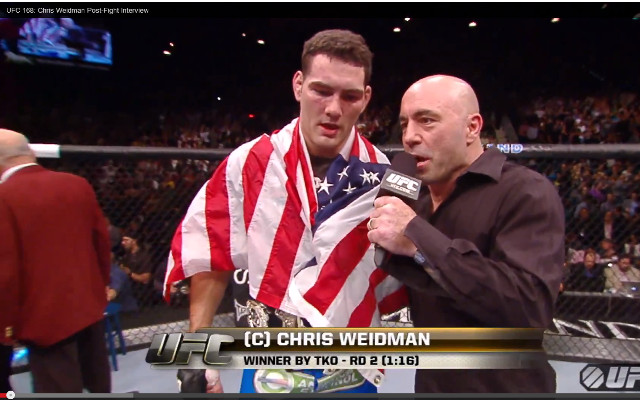