Check out the stunning UFC heavyweight knockout from the TD Gardens.

The co-main event saw the heavyweights go back and forth before Browne ended the fight with a stunning front kick to the face of his opponent.

While the Hawaiian had his hand raised he did not have it all his own way as Overeem came forward early and had his opponent up against the cage, where he landed knees and body shots.

Overeem threw dozens of right hands, and while Browne was able to cover up and deflect most them, the momentum was with the former K1 Kickboxing champion.

Overeem landed what appeared to be an illegal knee to the head with Browne grounded, but it went unpunished by referee Mario Yamasaki, who gave Browne plenty of time to recover after warning him to protect himself.

The fight then moved back to the middle of the cage as Browne went in several kicks to his attack, both low and high.

Despite throwing a barrage of kicks, Browne went to the well one more time and it paid off as a crisp front kick landed flush causing Overeem to fall back, where he copped two big hammer-fists to ensure the fight stopped 4.08 minutes into the first round.

Browne now has won back-to-back fights since a loss to Antonio Silva in October 2012 while lost for the second straight time and has lost consecutive fights for the first time in more than six years. 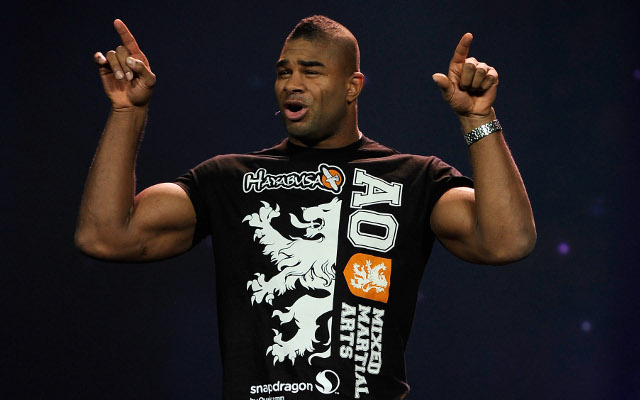 (Video) Travis Browne returns to the UFC with a TKO win