It has the reputation as being one of the toughest places to play in the NRL if you’re an away side.

But spare a thought for Tony Williams as he pulls on his Canterbury Bulldogs jersey and runs out onto Brookevale Oval this weekend.

Williams played three seasons and 73 games for the Sea Eagles, with the club helping him to become one of the most-feared players in the NRL.

But ‘T-Rex’ followed his former coach Des Hasler to the Bulldogs in what was seen a unpopular move by Sea Eagles’ fans.

Since changing club, Williams have failed to replicate the form that saw him picked for NSW and Country Origin as well as play five games for the Kangaroos.

Williams admits it will be a strange feeling going into the away change-rooms at Brookevale, but he looms as potential a game winner in what is a crucial clash for both sides.

After a sluggish start to the season, the 2012 minor premieres’ Bulldogs have begun to find their form, having won four of last five games.

Despite sitting three places higher on the ladder than the Bulldogs, the Sea Eagles have not been able to strong together consecutive solid performances for several weeks.

Geoff Toovey’s men lost but two to the New Zealand Warriors last round before pipping Canberra by six before their first bye of the year.

As a resulting of their stuttering form several players are struggling coming into the clash,most notably Brett and Glenn Stewart, who have been off the boil after returning from injury. 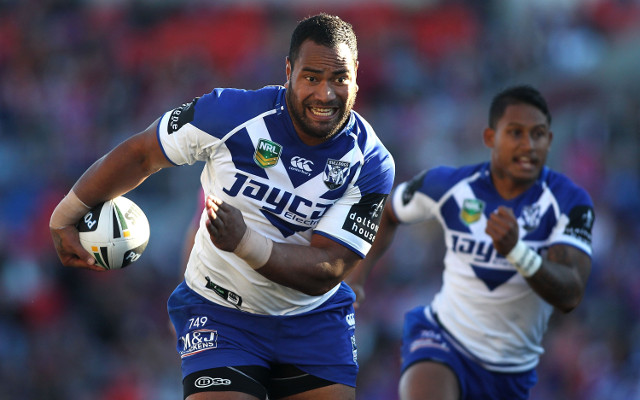