Oakland Raiders general manager Reggie McKenzie appeared to be sleeping at the NFL Combine, but looks can be misleading…

In a video at the NFL Combine, it appeared to be Oakland Raiders general manager Reggie McKenzie sleeping.

However, an update from Bleacher Report said that it was actually Reggie’s twin brother, Raleigh, sleeping in the stands.

Raleigh is a scout for the Raiders, who are looking to continue their rebuilding through the draft after hitting with quarterback Derek Carr and linebacker Khalil Mack.

Here is a video of the nap from Fanatix 8, which is actually not of the Raiders general manager. 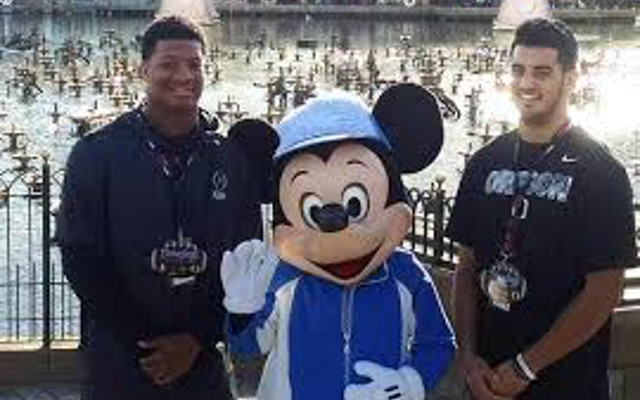