Fans celebrate by chanting “We’re racist and that’s the way we like it.”

A shocking footage has emerged which appears to show fans of Chelsea preventing a black passenger on the Paris Metro from boarding a train.

Amateur footage shows a man repeatedly attempting to get on a train crowded with Blues supporters but he is continually pushed back.

Fans can then be heard chanting: “We’re racist, we’re racist and that’s the way we like it.”

Supporters were in the French capital for a last-16 Champions League match with Paris Saint Germain which ended 1-1.

Do you recognise any of the fans involved in this abhorrent racism? 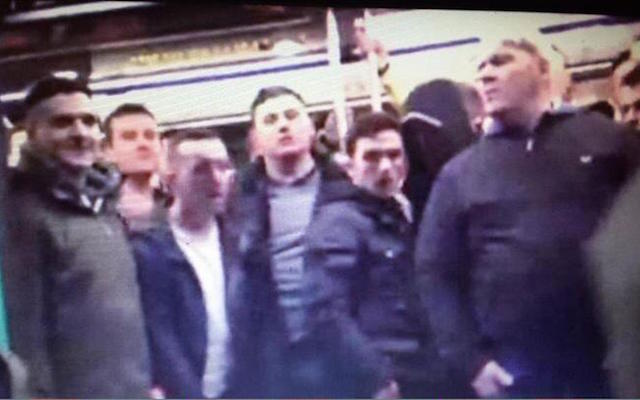