Outrage sparked over football team wearing jerseys with blood on the American flag.

Special uniforms for the Northwestern University American football team meant to support a charity aiding wounded US military personnel have critics seeing red over what appears to be a “blood on the US flag” design.

A basic gray uniform features white stars on a blue background on the right side and red and white stripes on the left side of gloves, footwear and player helmets — but red splatters across the white stripes appear at first glance to be blood.

Under Armour, which designed the uniforms to benefit the Wounded Warrior Project and for Northwestern’s November 16 home game against the University of Michigan, and a school spokesman issued statements indicating the red streaks on white stripes are meant to represent worn areas of lost colors on a weathered flag, not spilled blood.

Northwestern’s Paul Kennedy apologized “for any misinterpretation” and said the uniforms have a “distressed pattern on both the stars and stripes that was inspired by the appearance of a flag that has flown proudly over a long period of time.”

There are similar manufactured worn areas of blue on the white stars on the other side of the uniforms.

Under Armour said, “The suggestion that these uniforms are depicting streaks of blood is completely false and uninformed.”

“The bold blue and red graphic patterns on the Northwestern University WWP uniforms are meant to celebrate our military personnel and were inspired by images of actual American flags that have been flown around the world in harsh conditions over extended periods of time, as a further tribute to the indomitable spirit of our nation and its protectors.” 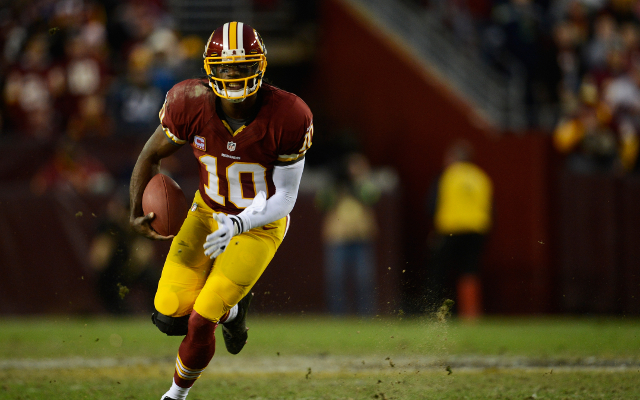