Josh King has taken just ten minutes to fire Bournemouth into the lead against Swansea at the Liberty Stadium this afternoon.

The visitors went into the game having lost six of their last seven outings in all competitions, but they are showing no signs of being the relegation fodder that some pundits are accusing them of.

The goal came after a defensive error allowed Junior Stanislas to cross to King, and he slipped the ball past Lukasz Fabianski from six yards.

Moments later Stanislas had a goal rightly ruled out for offside.

The score is now 2-1 to Bournemouth; Dan Gosling finished off a lovely move for the visitors to make it 2-0 after 26 minutes, but less than 60 seconds later Andre Ayew reduced the deficit back to one with a well-placed finish.

There are now fifteen minutes remaining in the first half. A win for Bournemouth could see them move out of the bottom three, depending on the result between Newcastle and Leicester. 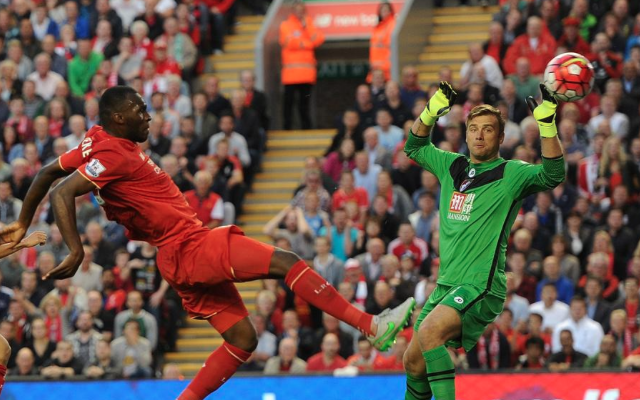