Manchester United ended Saturday’s game at Watford on a high, after Bastian Schweinsteiger’s last-minute effort was defected into the net by Troy Deeney.

Deeney’s own goal gave United a precious 2-1 win. It also let Marcos Rojo, who had gifted Watford a penalty equaliser moments earlier, off the hook.

Blind required medical treatment in stoppage time at Vicarage Road after being struck forcefully in the face by a throw-in from Juan Carlos Paredes.

Was this an act of aggression by Paredes? Or was it just a terrible throw-in? 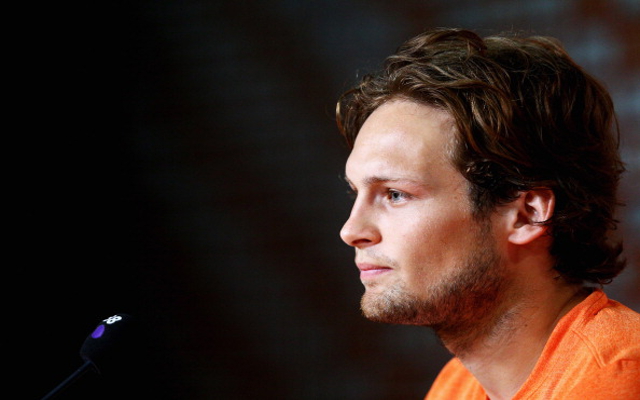