Chicago return home after tying the series 1-1 with the Nets.

A solid defensive effort from the Chicago Bulls helped them seal a 92-80 win over the Brooklyn Nets at the Barclays Center on Monday night, tying the series 1-1.

The Bulls made life tough for Brooklyn, with a defensive display that would have pleased coach Tom Thibodeau. While Brook Lopez had 21 points, Deron Williams was held to just eight points while the “Core Four” for the Nets were 8-of-34 from the field.

Noah was the most remarkable aspect of the game, playing through the pain barrier as he continues with limited minutes due to plantar fasciitis. However, with his energy, defense and work-rate, the Bulls were able to secure a much-needed win.

The two Eastern rivals resume their series on Thursday night, with the Nets travelling to the United Center for Game 3. If the Bulls harbour hopes of extending their post season campaign, they will need a similar performance to silence the Nets. 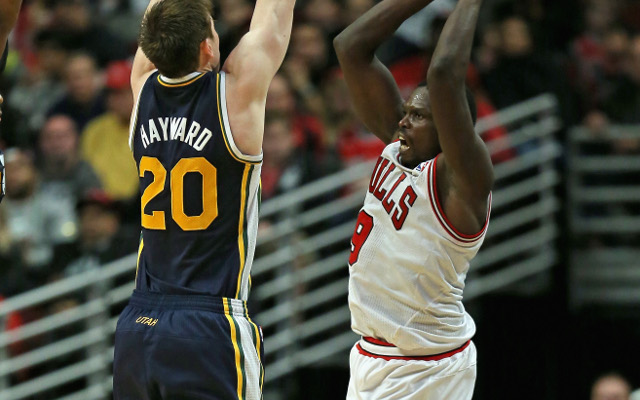