New coach believes Nets have the “horses” in place to compete.

Brooklyn Nets coach Jason Kidd has admitted that although it will be tricky, his team will be looking to emulate the Miami Heat’s success.

The franchise officially confirmed deals with Kevin Garnett, Paul Pierce and Jason Terry on Friday, with the illustrious trio joining from the Boston Celtics.

With Deron Williams and Brook Lopez already at the Barclays Center, it is an exciting time for Brooklyn fans who will be looking for immediate success with arguably one of the most talented rosters in the league.

The Celtics received four rotation players and first-round draft picks in 2014, 2016 and 2018 in return as they build for the future, but it is clear from the Nets strategy that they are looking to bring in success immediately.

Kidd has wasted little time in setting the bar high, claiming that the franchise now have the players capable of rivalling the Miami Heat.

Although their strength on paper doesn’t necessarily translate as success on the court, they are predicted to be amongst the top teams in the Eastern Conference next season, and Kidd has not played down expectations.

“They’re the blueprint, they’re the champs, they won it twice in a row, [and] they could have won it three times in a row,” Kidd told the media as reported by ESPN.

“They put that team together to try to win championships, and they’ve had a lot of success. So if you want to compete with them, you’ve got to have the horses. And I think we have that.”

However, after suffering a first-round defeat to an injury-riddled Chicago Bulls last season, the level of expectation has been increased further ahead of the new campaign.

It will perhaps be just as difficult a task for the Nets to deal with that expectancy to win given their talented line-up, but Kidd is hoping that they can respond positively in his first season as a head coach in the league.

“It’s harder when you’re supposed to win,” Kidd said. “When you’re talking about the best players and the best teams in the world, when you talk about the Heat, you can ask them, it’s not easy. We’re going to have our hands full.

“That’s the great challenge going into this season. Hopefully at the end of June, we can be the last team standing,” he concluded. 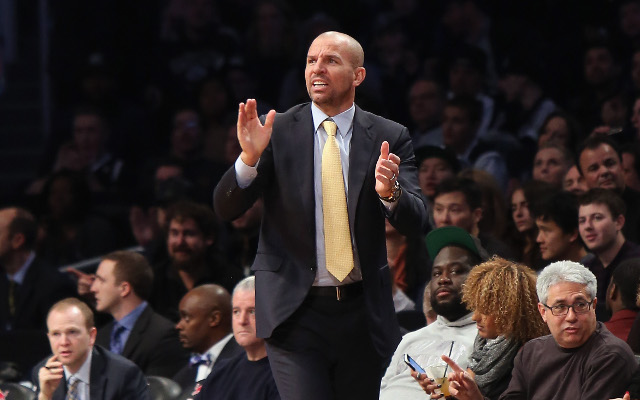