The Indiana Pacers took a 1-0 lead in their opening round series against the Atlanta Hawks following a dominant 107-90 win at Bankers Life Fieldhouse on Sunday.

The All Star was instrumental as the Pacers attacked Atlanta, tying a franchise record with 17 free throws made, while Indiana outscored their opponents 30-7 from the line as well as out-rebounding them 48-32.

George Hill added 18 points while Roy Hibbert had 16, as Frank Vogel’s men take an early lead in the series with Game 2 also in Indiana on Wednesday.

For the Hawks, Jeff Teague led the way with 21 points, but it wasn’t enough as they were largely out-worked by their Eastern rivals. Coach Larry Drew will hope for a much improved performance from his team if they are to have any chance of bouncing back. 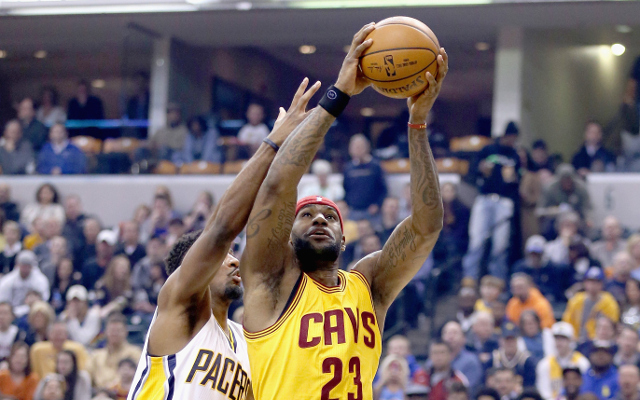