Spanish giants Valencia have reacted to the news that Chelsea want to sign talented midfielder Andre Gomes by slapping a £36m price tag on him, according to the Daily Mirror.

Blues boss Jose Mourinho has identified the Portuguese playmaker as a possible summer transfer target, and is said to be willing to pay around the £26m mark to snap him up.

However, the La Liga giants have insisted that they are not interested in selling the 21-year-old to any team that cannot meet his £36m release clause.

Manchester United are also thought to be monitoring his situation, but the creative middle man has his heart set on a move to London instead.

Mourinho has scouted Gomes ever since he graduated from the Benfica B team and became a first team regular under coach Jorge Jesus.

Scouts have been impressed with not only his technical ability but his strength, attention to tactical detail, and his willingness to dig in defensively, too. 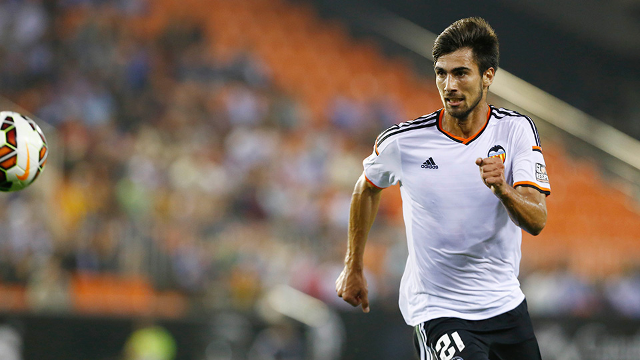