The 23-year-old has been charged relating to an alleged sexual assault in Melbourne’s North-West.

Detectives from the Sex Crime Squad charged the 23-year-old relating to an alleged sexual assault in Altona in 2007.

“The charges relate to an alleged historical assault in Altona North in 2007. As the matter is before the courts, Victoria Police will not be making any further comment,” the spokeswoman said.

“As the matter is before the court, it would be inappropriate to comment further.”

The North Melbourne Football Club said it would support Daw.

The Sudanese-born ruckman joined the Kangaroos in 2010 and has played 12 games since making his debut last year.

“The club respects the integrity of the legal process and asks the right to privacy of all involved be respected,” the club said in a statement.

“North Melbourne will support Majak and he will remain available for selection at VFL and AFL level.

“This is the subject of an ongoing legal proceeding and it is not appropriate for Majak or North Melbourne to make any comment.”

AFL general counsel Andrew Dillon said in a statement that the governing body supported the response from North Melbourne, but would put a restriction on Daw’s promotional duties.

“This is a very serious matter and it is being treated very seriously by the club and the AFL,” Dillon said.

“It is now important that the legal process be allowed to run its course.

“The AFL acknowledges the importance of the presumption of innocence in this case and also the need to treat all parties with respect and understanding.

“Given the specific circumstances of the case, the AFL has determined that the player remains available for selection by his club. However, we will monitor the case and reserve the right to take action under our rules if deemed appropriate.

“Further, the AFL has determined that a restriction will be placed on the player’s AFL and club promotional and development duties.” 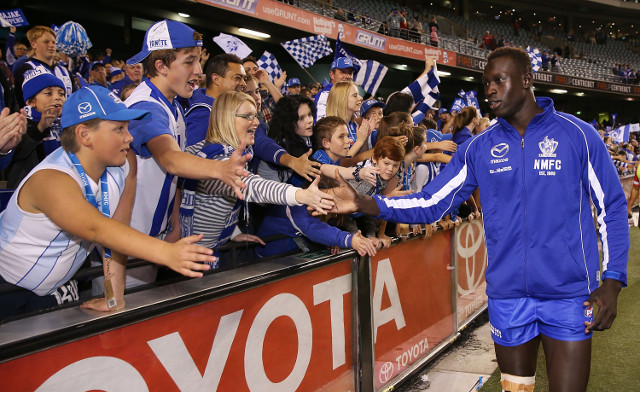