MMA promotion takes a stand over the use of derogatory word.

UFC lightweight Nate Diaz has been suspended for 90 days and fined $20,000 for the use of a derogatory gay slur towards another fighter.

Diaz (16-9 MMA, 11-7 UFC) was stood down indefinitely pending an investigation regarding a tweet aimed at Brian Caraway, who pocketed $65,000 in lieu of Pat Healy being found guilty of marijuana use.

Diaz objected to Caraway being given the money as a result of Healy’s positive drugs test after UFC 159, and the controversial fighter took to his official Twitter account to register his disgust.

“I feel bad for pat Healy that they took a innocent mans money and I think the guy who took the money is the biggest F-g in the world,” Diaz wrote on Twitter.

Though the tweet remained up for a while, it since has been removed from Diaz’s timeline

However, with the UFC’s new code of conduct being strictly enforced Diaz has become the latest to feel its full wrath after Matt Mitrione, who launched a tirade of abuse at transgendered fighter Fallon Fox was also suspended, albeit for only three weeks.

The UFC released a statement saying Diaz’s actions do not represent the opinion of the promotion and believed they had made that clear with the action taken against him.

“The language used in his tweet was regrettable, offensive and inconsistent with the values and culture of the organization, and is not tolerated,” the statement read. 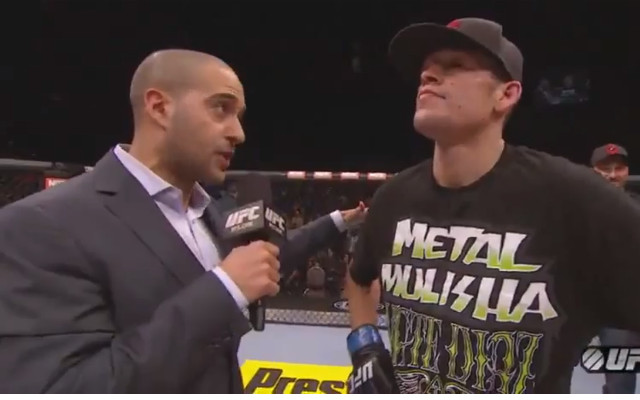 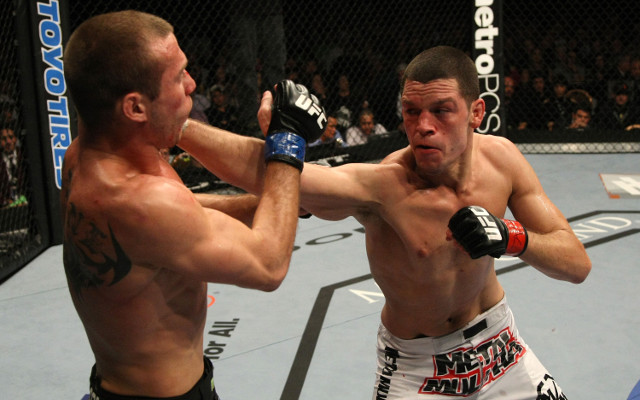 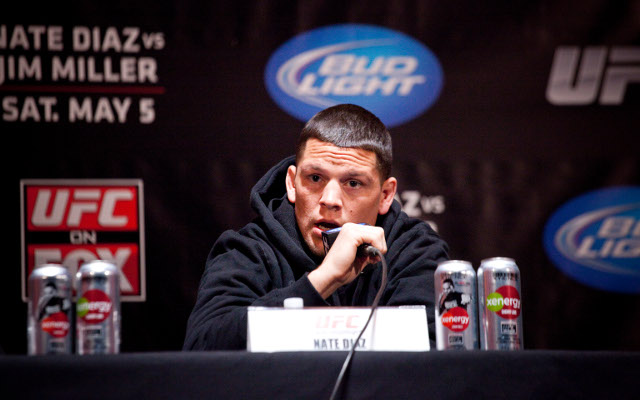