In the aftermath of the unexpected passing of former New York Knicks F Anthony Mason, many NBA players and fans expressed their condolences on Twitter.

Naturally the Knicks organization and such team legends as Walt Clyde Frazier, Reggie Miller, and Charles Oakley were among the first to reach out and extend sympathies to Mason’s family. Mason died at age 48 of congestive heart failure this past week.

MY MAN MY MAN A. MASON R.I.P, WE GONNA MISS U BROTHER

Thoughts & prayers to the Mason family as we remember Anthony Mason in these iconic photos. http://t.co/ibR5ibgx5q pic.twitter.com/BeUZg02L2R

Been such a heavy heart lately in the NBA family, especially now with the passing of Anthony Mason. Thoughts and prayers to the family.. — Reggie Miller (@ReggieMillerTNT) February 28, 2015

Other NBA icons such as Kevin Durant, Kobe Bryant and Stephen Curry also reached out to express their sorrow for the loss of Mason:

#RIPAnthonyMason played with my pops in Charlotte & always treated me like his son when I was around. Prayers up for the family!

RIP to Anthony Mason, those Knick days with you and the rest of the guys had me glued to the TV as a youngster, prayers up for the family

Many famous basketball fans such as MC Hammer, Cedric the Entertainer and Chris Rock also offered Rest in Peace wishes for the departed former Knicks forward: 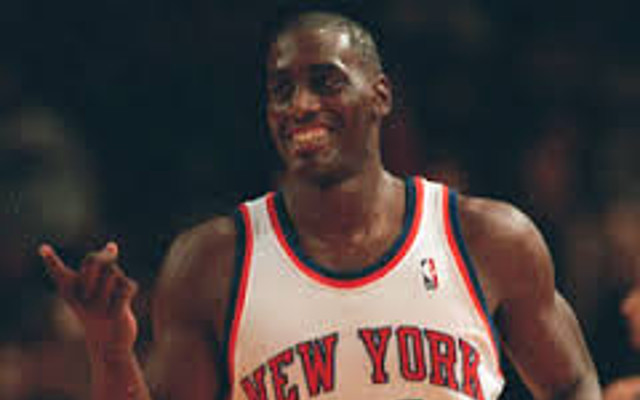