Veteran helps send Miami on the way to victory with amazing three-pointer.

The Miami Heat forced a Game 7 in the NBA Finals 2013 following their 103-100 overtime win over the San Antonio Spurs on Tuesday night, and they will owe a great deal to Ray Allen.

The veteran shooter in his first year in Miami came up with an amazing clutch three-pointer to force Game 6 into overtime, which the Heat would eventually claim victory in.

Chris Bosh also had a major role in the play, grabbing a huge offensive rebound to send it out to Allen to deliver the dagger three.

The Spurs were unable to recover having seemingly looked on their way to another championship. However, instead these two teams will go again on Thursday night to determine who will be crowned champions of 2013. 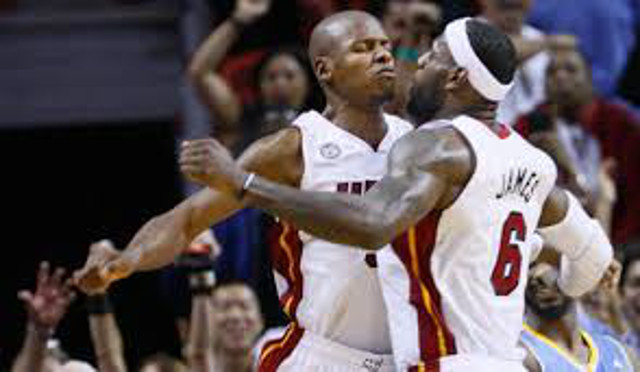