The German looks to be on his way to Old Trafford.

If reports in the Daily Mail are to be believed Manchester United have secured their first new signing of the Louis van Gaal era in the shape of Bayern Munich midfielder Toni Kroos.

As good as the German’s reputation is, United fans may not be aware of exactly who the 24-year-old is, so here are 10 facts about Kroos to get up to speed.

1. He can play anywhere in midfield

Described by many as the ‘complete midfielder’ Kroos’ versatility makes him an extremely useful player to have due to his ability to adapt to any situation.

Initially starting his career as an attacking midfielder, the Germany international then reverted to a deeper role alongside Bastian Schweinsteiger and can also play on the wings. 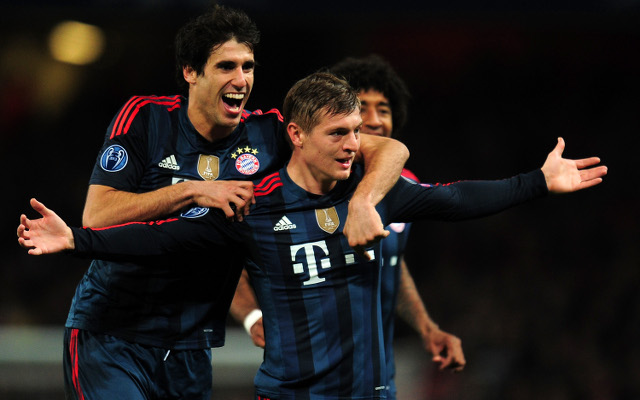 2. He is about to enter the final year of his contract

The reason it looks as if the Red Devils are going to land Kroos for the bargain price of £20m is not because he is worse than Marouane Fellaini (who cost £27.5m), but because his contract expires in 2015.

Despite Bayern’s best attempts to get the player to sign a new deal, nothing has been agreed and the club want to make at least some money from him rather than losing him on a free transfer in 12 months time.