Liverpool are about to splash £32.5m on Aston Villa and Belgium target man Christian Benteke – and that could be excellent value.

Many Reds fans don’t want Benteke and the general vibe among the Anfield faithful is that Brendan Rodgers can do better.

Despite the dismay among Reds supporters, Benteke looks like and excellent signing on paper.

The stats below show that Benteke produced more last season – in terms of goals and assists – than all of Liverpool’s four current strikers combined.

Sturridge joined from Chelsea for £12m, while Borini signed from Roma for £10.5m.

Balotelli and Lambert arrived last summer for £16m and £4m from AC Milan and Southampton respectively. 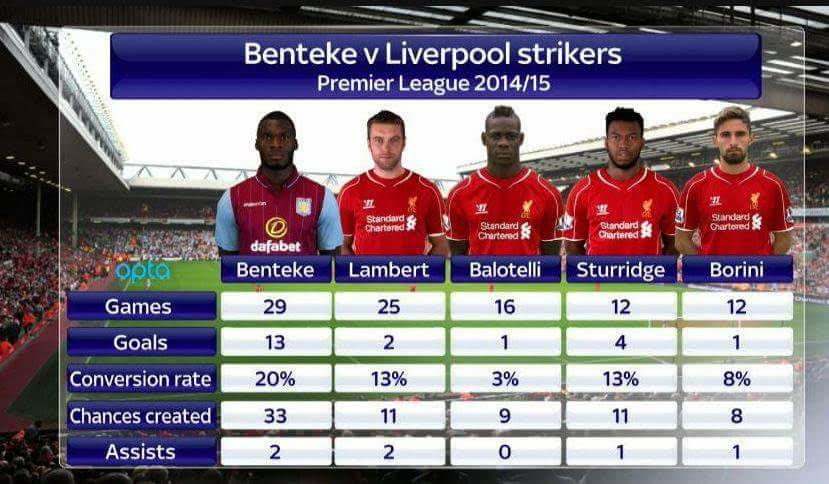