Te’o faces four-to-five weeks on the sidelines after being charged for a chicken-wing tackle during the Rabbitohs’ 42-16 win last night.

Ben Te’o faces a lengthy ban after he was handed a grade two dangerous conduct charge for a chicken wing tackle on the Broncos’ Sam Thaiday during the Rabbitohs’ 42-16 win on Thursday.

Rabbitohs trio Te’o, Chris McQueen and Kirisome Auva’a were all charged by the NRL review committee, however Te’o is the only player facing a suspension.

The forward will be looking at four weeks if he pleads guilty to the charge.

However, the Rabbitohs risk losing Te’o for five weeks if the decide to fight the charge and are unsuccessful.

It would mean the 27-year-old would miss the final three rounds of the season, as well as potentially two finals matches.

The win last night could potentially be his game with the Rabbitohs after he signed a two-year deal with Leinster Rugby starting at the end of the year.

McQueen and Auva’a were charged for crusher tackles, but both will avoid a suspension with an early guilty plea. 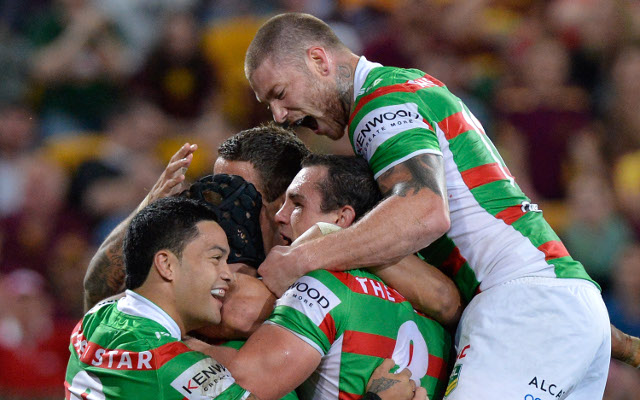 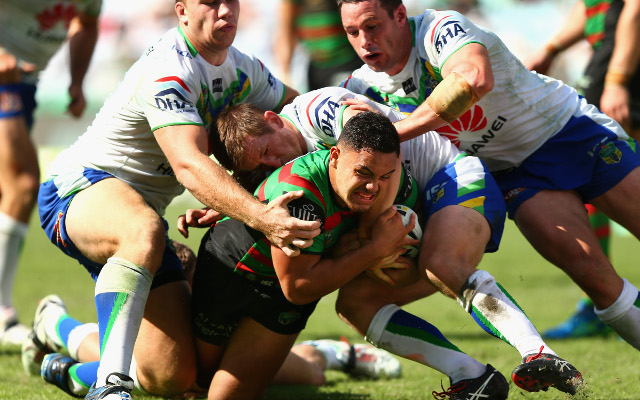