This year’s Cricket World Cup threw up a shock from Pool B as Ireland successfully chased down a 304 run total set by the West Indies to win by four wickets.

In honour of Ireland’s stunning victory, we have put together some of the biggest ever Cricket World Cup upsets. 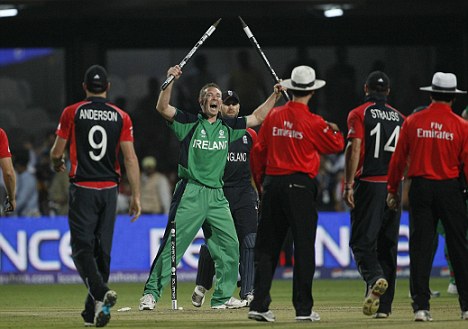 Ireland sealed a win in record breaking fashion against old sporting rivals. After England set a target of 327, Ireland set about chasing it down, somewhat poorly to begin with having lost a wicket on the first ball.

Kevin O’Brien scored 113 runs off just 63 balls – the fastest century in Cricket World Cup history – on the way to Ireland chasing their target down with five balls to spare, securing the highest ever run chase in the Cricket World Cup.