After a day of rumors that the San Francisco 49ers star LB would retire, the team has officially wished goodbye and thanks to Patrick Willis for his service to the team.

The 49ers officially announced on Tuesday morning that Willis would be retiring after eight seasons with the team that included three straight trips to the NFC Championship Game from 2011 to 2013.

“On behalf of the entire San Francisco 49ers organization, my family, and our Faithful fans, I would like to thank Patrick for everything he has brought to this team and our community,” 49ers CEO Jed York said in a team statement.

“Some of the greatest memories in the history of our franchise have come from his passion, dedication and sacrifice. Patrick epitomizes everything you could ever want in a San Francisco 49er. What he brought to this team goes much further than his athletic abilities. His leadership and infectious love for the game helped propel this team.

“I consider myself very lucky to have grown up around some of the greatest players in the history of this franchise, and Patrick has certainly secured his place among that elite group of men. As a member of our family, Patrick holds a special place in our hearts, and we look forward to supporting him as he moves on from his playing career.”

Arguably the best MLB in the NFL since entering the league in 2007, Willis has won more accolades than almost any other defensive player in the league. With 7 Pro Bowl selections, 6 All-Pro selections, Defensive Rookie of the Year Honors and seven seasons with over 100 tackles, Willis could very well be a Hall of Fame candidate down the road despite his early retirement. He is one of only seven players since 1970 to make the Pro Bowl in each of his first seven NFL seasons.

Willis missed 10 1/2 games in 2014 due to a toe injury which required surgery, but outside of that, he only missed six games in his first eight seasons with the 49ers. 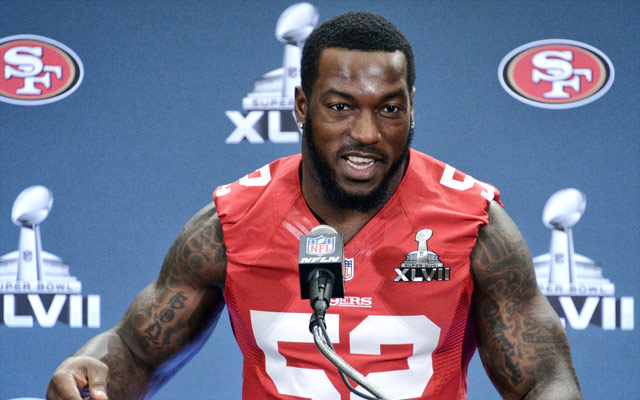