Caroline Wozniacki acted as Rory McIlroy’s caddy for the US Masters at Augusta.

Caroline Wozniacki, former world number one tennis player and girlfriend to golf star Rory McIlroy, caddied for the Northern Irishman at the US Masters golf tournament.

Perhaps he will be a ballboy at one of her matches?

…and after she had performed her duties.

Had a blast being @mcilroyrory ‘s caddie today! Glad I am not wearing the boiler suit any time soon again tho! #toohot

Images of the couple in action on the course follow, with Wozniacki even trying her hand at a few golf shots.

Caroline Wozniacki and Rory McIlroy embrace as they head to the Augusta course. 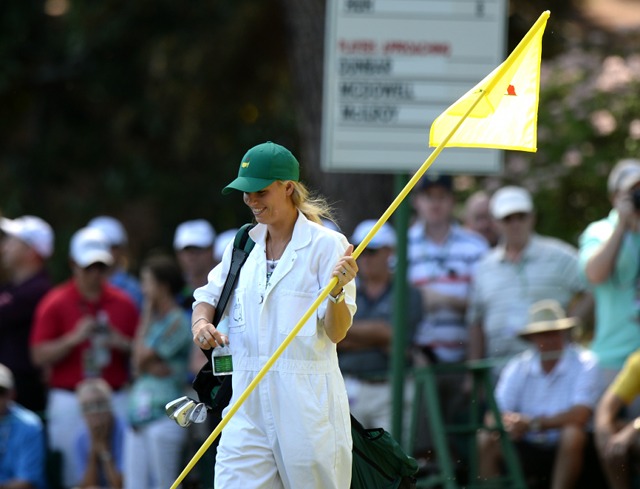 The Danish tennis star carries a flag away from the green.

Check out Wozniacki attempting to play golf on the next page!