Rory McIlroy has emerged as a huge doubt for next week’s Open Championship after suffering a total rupture of ligaments in his left ankle during a football match with friends on Saturday.

The world number one, a self-confessed Manchester United nut, uploaded a picture of himself on crutches to Instagram today, less than two weeks before the third major of the year begins at St Andrews. 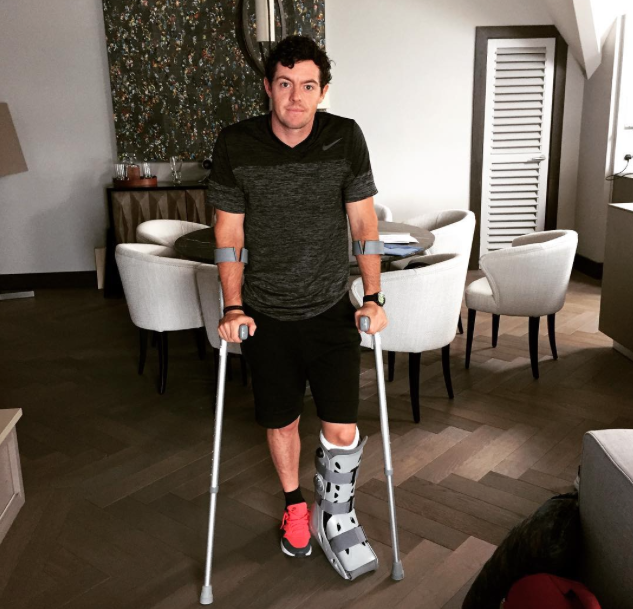 Alongside the picture, McIlroy wrote: “Total rupture of left ATFL (ankle ligament) and associated joint capsule damage in a soccer kickabout with friends on Saturday. Continuing to asses extent of injury and treatment plan day by day. Rehab already started….. Working hard to get back as soon as I can.”

A spokesman for the Northern Irishman insisted that he is yet to rule himself out of the tournament, but this type of injury traditionally takes four to six weeks to fully heal.

McIlroy, 26, was heading to Scotland hoping to retain his title, but now American Jordan Spieth is likely the favourite to lift the Claret Jug and stay on course for a calendar Grand Slam.

The 144th Open Championship will be played at St Andrews from July 16-19.