Six more players to be added to 25-man squad at a later date.

Flyhalf Quade Cooper was omitted from the 25-man Wallaby squad named to play the touring British and Irish Lions in next month’s three-Test series.

Folau was a notable inclusion in his first season in rugby playing for the New South Wales Waratahs and Deans said he was chosen principally as a fullback, but with the ability to play in the outside backs.

“People will say that’s the end for Quade, that’s not the case, they are still six positions to be resolved,” Deans said.

“We all know Quade’s history in the group and I’ve selected him on 38 occasions so he’s had a lot of faith and support from me, that’s not an issue and to suggest otherwise is nonsense.

“He will get the opportunity to play against the Lions and he understands what’s important at Test level and it’s a great opportunity for him to press his claims.” 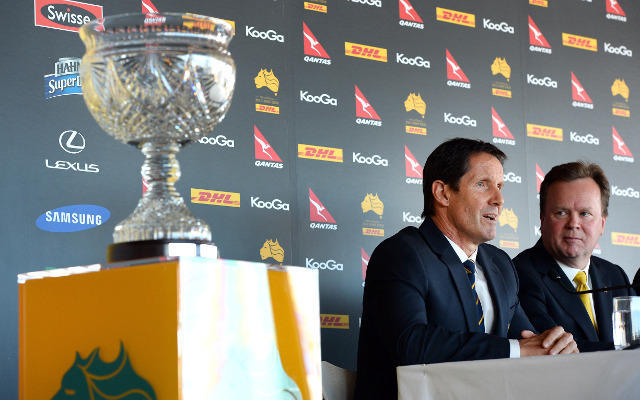 Deans said Folau had the capability to play in a couple of starting positions in the Wallaby backline for the first of three Tests, starting in Brisbane next month.

“He’s played predominantly at fullback at Super Rugby level, that’s been his experience in the game,” Deans said.

“But we are familiar that he’s played international rugby league on the end of the backline and there’s a lot of consistent components to that. He does have that capability.”

Deans said veteran flanker George Smith, hooker Tatafu Polota-Nau and centre Pat McCabe were unavailable because of injuries suffered in the weekend round of Super 15 matches.

“George is unavailable for the Lions series. He picked up a medial ligament injury last night and initial indications are that will rule him out for the series,” Deans said.

Smith was on the verge of a remarkable comeback after playing the last of his 110 Tests four years ago and getting permission from his Japanese club Suntory Sungoliath to extend his loan with the ACT Brumbies and play again for the Wallabies. 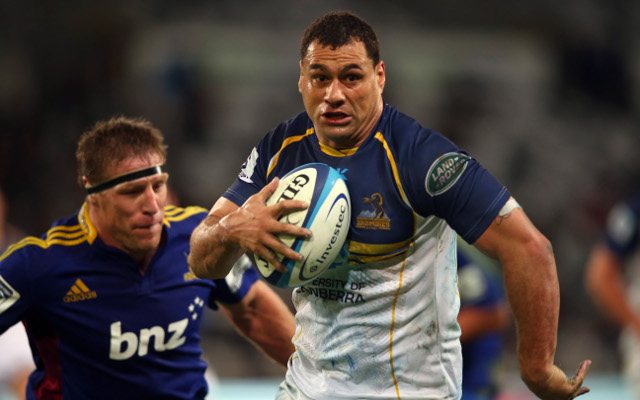 Deans said he would also be without NSW Waratahs hooker Tatafu Polota-Nau and Brumbies centre Pat McCabe for the series after injuries suffered while playing at the weekend.

“Tatafu does have a (arm) fracture that does require surgery so he has also been denied the opportunity to play in the series,” he said.

“Pat McCabe has what we understand is a posterior cruciate ligament tear, a possible rupture, but it is not out of the realms of possibility that Pat could be still involved in the series.”

Talented back Kurtley Beale was also out of the squad, after deciding last week to stand down from rugby indefinitely to enter a private health facility for counselling for alcohol issues.

Only one scrum-half Will Genia was named in the 25-man squad but Deans said there was a chance of having one more scrum-half in the last intake of six players, with Luke Burgess a possibility.

“We’ve only nominated Will Genia at halfback and whether we settle on two or three (scrum-halves) there are a lot of permutations around injuries and form, but clearly we will have more than one in the squad ultimately,” Deans said. 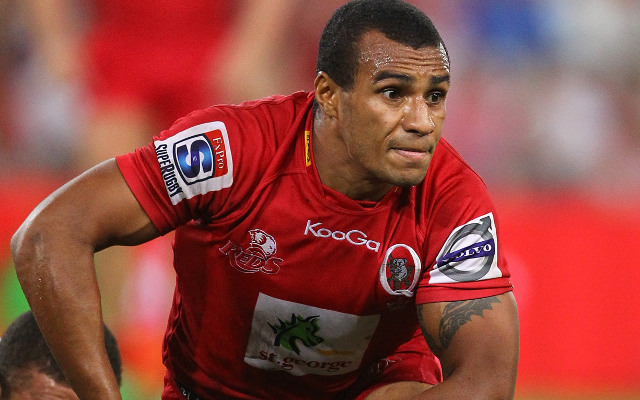 Apart from Folau there were two other uncapped players in the squad – ACT Brumbies pair, backrower Ben Mowen and back Christian Lealiifano.

Deans said a captain would be confirmed, likely to be James Horwill, when the final squad is named on June 11.

“Every player has things to prove,” Deans said. “While this is clearly going to be the core of the squad in that they will get the first invitation to get together prior to the final six players they’ll clearly make up the nucleus.

“But nothing is set in stone and there is still rugby to be played and players can still press their claims.”

The Lions, who traditionally tour one out of South Africa, New Zealand and Australia every four years, have not won a Test series since overcoming the Springboks in 1997.

The Wallabies won the last series against the Lions 2-1 in 2001.

The Wallabies play three Tests against the Lions starting in Brisbane on June 22 and followed in Melbourne on June 29 and Sydney on July 6.