Aussie forwards stocks looking thin ahead of the massive game.

Wallabies hooker Tatafu Polota-Nau has been ruled out of the Bledisloe Cup opener against New Zealand, with the side now set to rely on their third-string rake.

Polota-Nau, who limped off just after half-time in Waratahs’ historic 33-32 Super Rugby final win over the Crusaders, underwent scans on Monday and was diagnosed with a low-grade MCL knee injury.

The Wallabies have confirmed he will miss the first Bledisloe match in Sydney on August 16, but will be re-assessed leading into game two in Auckland on August 23.

It is a huge blow to the Wallabies’ hopes of ending their 12-year Bledisloe Cup drought, as they also lost their captain and first-choice hooker Stephen Moore to a season ending ACL injury in the first Test against France.

Western Force hooker Nathan Charles, who earned his first two Test caps off the bench in Moore’s absence, could now face a baptism of fire in his first run-on game when he takes on the All Blacks on August 16.

With the Queensland Reds’ James Hansen the only other hooker in the 32-man squad, Waratahs reserve hooker Tolu Latu will join the camp on Wednesday as an additional training squad member.

In a further blow to the Wallabies’ front-row stocks, Brumbies prop Scott Sio rolled his ankle on Monday and will have scans on the injury on Tuesday. 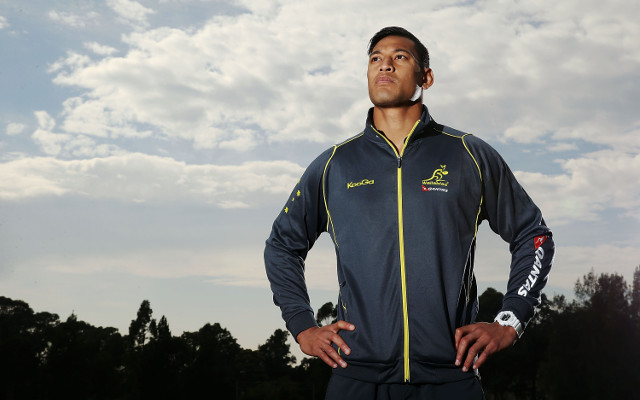