The Gunners collected three trophies in pre-season, including the Community Shield courtesy of a victory over Chelsea, and now have their eyes on a first Premier League crown since 2003-04.

Here, fanatix predicts how Arsene Wenger’s side will line up at the Emirates Stadium… 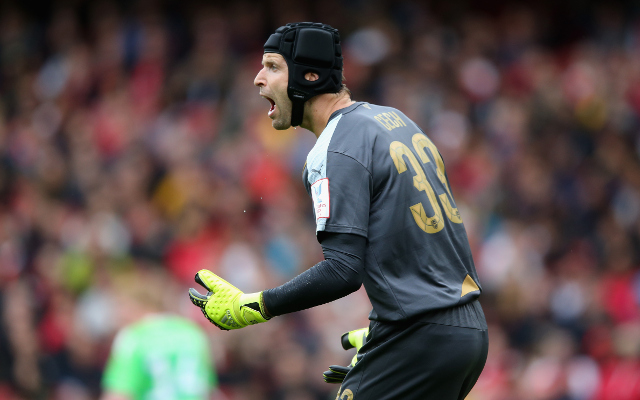 The 33-year-old left Chelsea to be first choice and will make his Premier League debut for the Gunners this weekend. His presence in goal could make the difference in their title challenge.

Wenger gave a strong indication of what his first-choice XI was at Wembley last Sunday, and the impressive young Spaniard was preferred to both Mathieu Debuchy and Calum Chambers at right-back.

The German World Cup winner has had his critics during his four years at the Emirates Stadium, but is firmly established in the defensive line. West Ham’s strikers may look to exploit his lack of pace.

The Frenchman, nearing 150 league appearances for Arsenal, has quietly become one of the club’s most important players over the last couple of years, and is one of the first names on the team sheet when fit.

Arsenal have depth and options in both of the full-back positions. There is little to choose between Monreal and Kieran Gibbs, but the Spaniard is in possession and put in a good display at Wembley.