The Pittsburgh Steelers have been unable to maintain their status as a defensive behemoth, which has propelled them to six Super Bowl victories throughout their team history.

Safety Troy Polamalu was a major part of the Steelers’ juggernaut in the 2000s as they won two Super Bowls and three AFC championships after drafting him in the first round of the 2003 draft.

After being an All-American safety at USC, Polamalu went to eight Pro Bowls in his time with the Steelers while being named to five All-Pro teams and winning the 2010 Defensive Player of the Year award.

Polamalu made his decision at church, and he cited family as a reason for his retirement.

“It’s all about family. I live here in Pittsburgh now, and since the end of the season I’ve had a chance to enjoy my family on a level I never had before. It was awesome,” Polamalu said to Jim Wexell of the Herald-Standard.

The 33-year-old notched 771 tackles and 32 interceptions throughout his career while forcing 14 fumbles, but his stats did not tell the whole story.

Polamalu was a staple of the Steelers defense, as he proved to be an excellent leader in the locker room while playing with tenacity that rubbed off on his teammates. 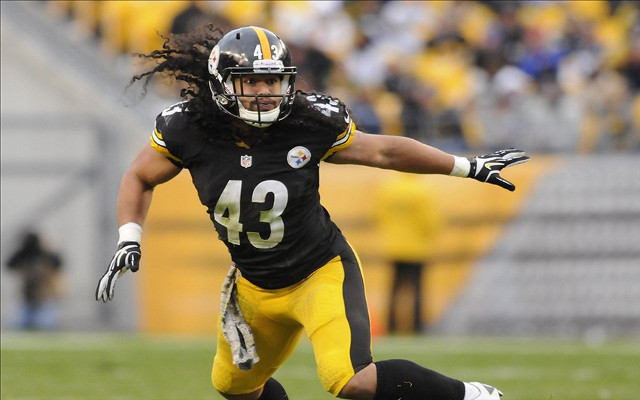