Sanders has signed a $2.5m offer sheet from the Patriots, and the Steelers have until 11:59 p.m. on Sunday night to match it. If they fail to do so, Sanders will join the Patriots and Pittsburgh will receive a third-round draft choice.

The Steelers are not expected to decide until Sunday, and it is believed that it isn’t a question of money. Sanders will be an unrestricted free agent next year, and instead of risking losing him for nothing Pittsburgh are contemplating parting with him now for the third-round pick.

Much was expected of the 26-year-old this season, following the departure of Mike Wallace to the Miami Dolphins in a five-year $60m contract.

Sanders was expected to replace him in the starting line-up, opposite Antonio Brown, but with the increasing doubts over his future in Pittsburgh Roethlisberger will be growing a little nervous over the lack of options at wide receiver.

The Steelers are likely to leave it late until they make a decision, and whether or not Big Ben has an effect on the decision remains to be seen. 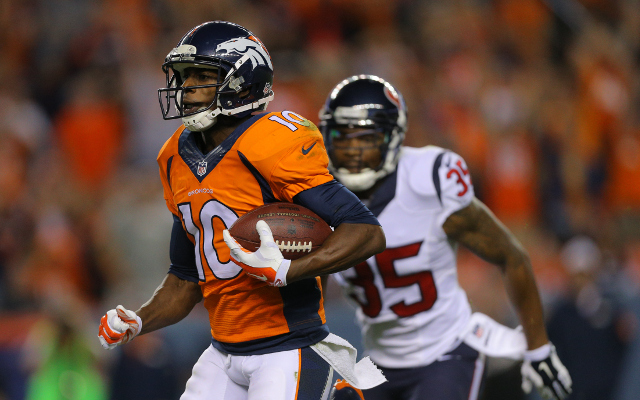