Manchester United have finally revealed their away kit for the 2015/16 season. It was worth the wait.

The Old Trafford club have just started a £75m-a-year kit deal with Adidas, and had to postpone the unveiling of their home kit until the end of their 13-year contract with Nike on August 1.

And now the away kit has followed on the eve of their first game on the road this season.

Red Devils stars Luke Shaw, Morgan Schneiderlin and Phil Jones modelled the stylish white number, a throwback to the Busby era according to Adidas, at the official launch this evening. 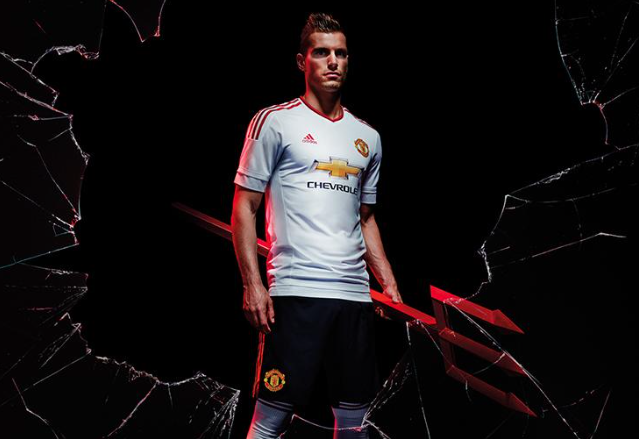 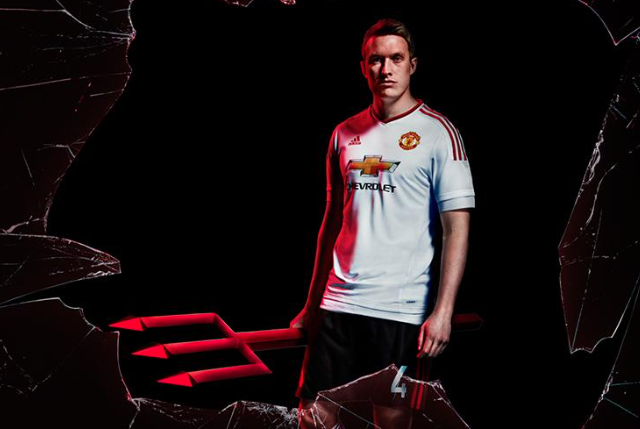 Louis van Gaal’s side, who started their Premier League campaign with a 1-0 home win over Tottenham Hotspur, will wear the kit for the first time away at Aston Villa on Friday evening.

It is the first time that Adidas has designed United’s strip in 24 years.