Christian Benteke got straight down to work today after completing his £32.5m transfer to Liverpool.

Manager Brendan Rodgers and his first-team squad are currently on their pre-season tour of Australia and the Far East, and held an open training session at the Bukit Jalil Stadium in Kuala Lumpur today.

But Benteke will not join up with his new teammates and instead reported to Liverpool’s Melwood training base to continue his preparations for the upcoming campaign, which begins in 16 days’ time.

The 24-year-old is visible in the centre of the below picture. 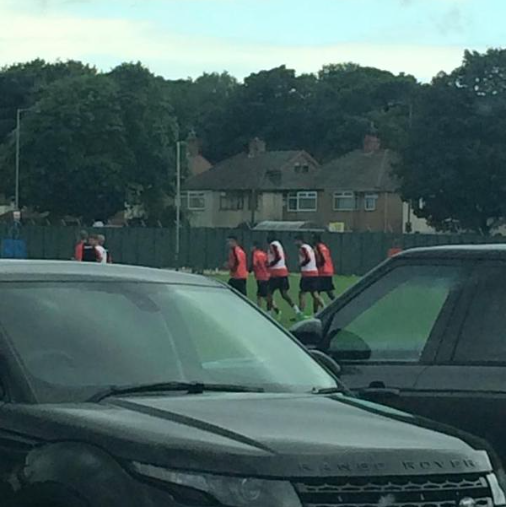 While Benteke was with those left behind in England, Danny Ings, one of Benteke’s rivals for a striking spot, was scoring a hat-trick for Liverpool in a 7-0 win over local opposition in Malaysia.